Oleg Zhdanov, the Ukrainian military expert, with his battlefield and military-political situation update on 27 August 2022. The update took place at 13:00 Kyiv time.

Today is Aviation Day in Ukraine – congratulations to everyone involved in the industry!

In the past day, no changes of the frontline except for minor movements in four directions around Donetsk, with no success for Russians.

The adversary continues accumulation of electronic warfare systems. This may be to cover their own airspace in case of Ukrainian aviation or ground strikes, and to interfere with Ukrainian military command along the Belarus frontline.

Enemy holds some units of the Western Military District in border areas of Bryansk and Kursk Oblast in order to lock up Ukrainian defensive forces and prevent them from being transferred.

Shelling in areas of the frontline, active air recon using UAVs by the adversary. Ukrainian defence repelled Russian attempt to advance towards Hrihorovka.

The enemy carried out artillery and aviation strikes at Ukrainian positions. Separate units of the adversary attempted to improve their tactical positions towards Soledar, Zaytsevo and Maiorsk, no success.

Shelling with artillery and tanks, the enemy carried out aviation strikes, attempted to advance towards Nivelskoye, unsuccessfully. This and other Donetsk directions are the most active right now, but also Kharkiv was very active with Russian attempts to advance.

Gun and artillery shelling of Ukrainian positions, no other activities.

Tank, gun and MLRS shelling in order to prevent Ukrainian forces from advancing, Russians attempted recon at Potyomkyno. No other changes.

No changes to the current group of the Black Sea Fleet, it continues interfering with ship movement in the western area of the sea. Mine alert as the sea is not calm today.

City shelling by and against Ukraine

Shelling of Sloviansk railway station led to significant destruction, casualties are being clarified. Shelling was also observed in Nikopol, Zaporizhzhie, Sumy Oblasts, also Kharkiv which saw several powerful explosions from missiles like Iskander – the old part of the city was struck.

Ukraine dealt strikes to Daryevskiy bridge, also at Vysokopolye (a bulge in Russian defence) a strike at personnel. Novobogdanovka is burning where Russians built a vehicle and ammo storage base.

Air defence operated in Evpatoria, Crimea, but no information about explosions yet. Russian occupational forces are forbidding to announce ground strikes in Crimea. 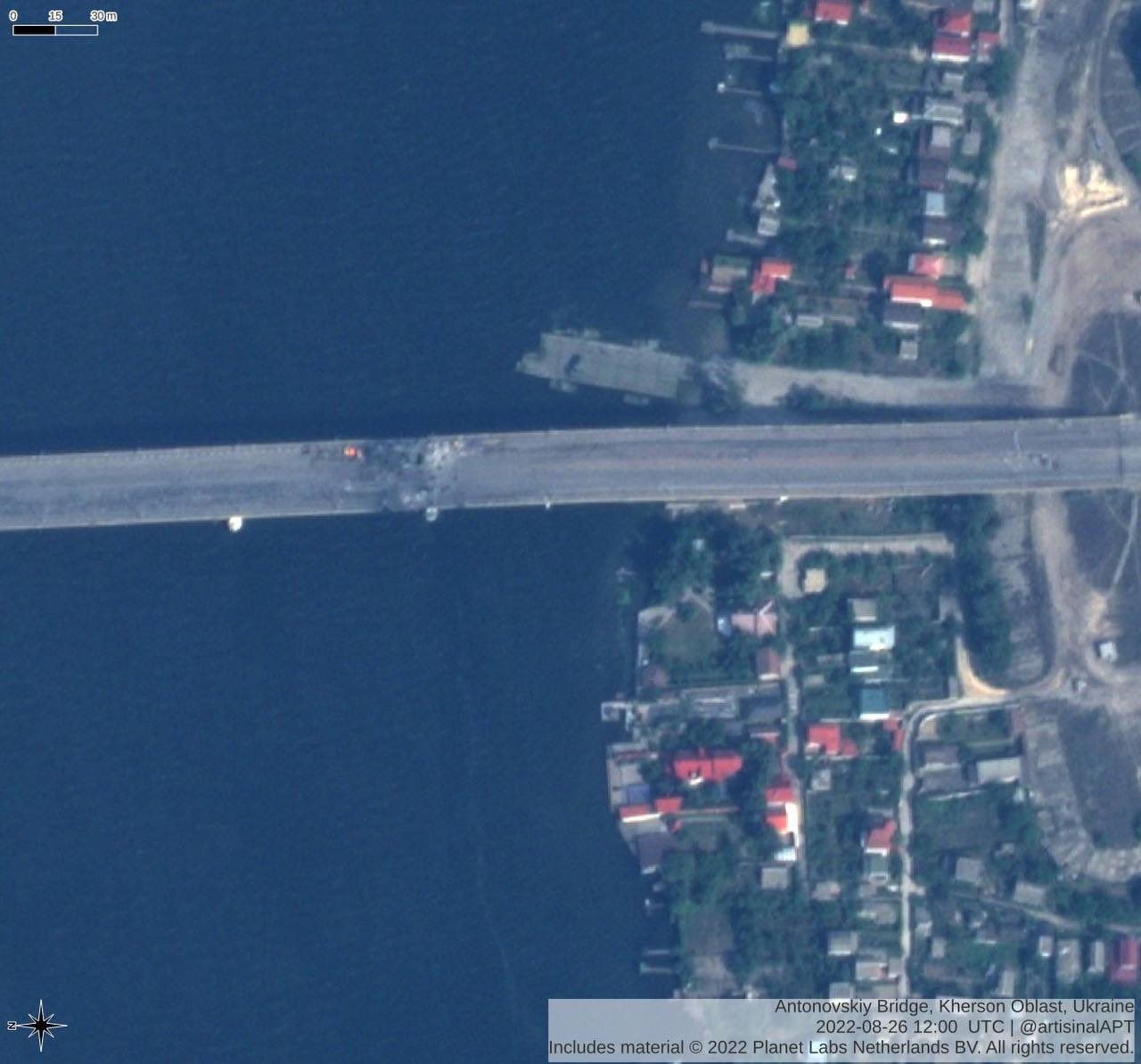