Ukrainian informational operations aimed to cause panic in Crimea 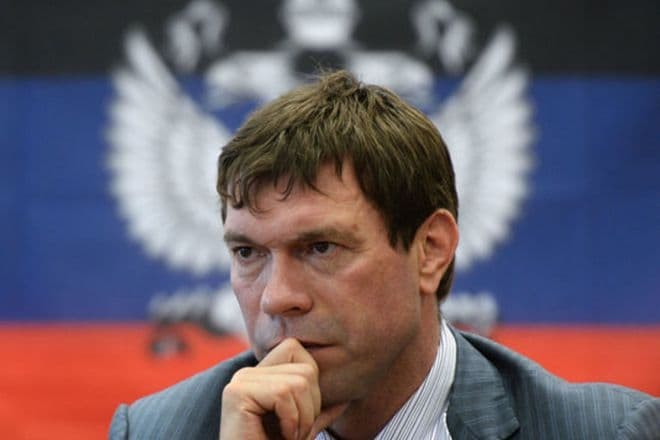 Ukrainian Special Forces are carrying out informational and psychological operations in Crimea that prove to be very effective. In this post, the ex-Ukrainian defector Oleg Tsaryov, now wanted by Ukrainian authorities, shares on his Telegram channel a case where unknown callers attempted to cause panic among residents of a Crimean resort in Saky by asking the director of the resort to move all guests to leave it to then be transferred to a safe place:

Aside from sabotage at military facilities, Ukraine is engaging in sabotage in the informational field, attempting to sow panic among Crimeans and visitors of the peninsula. Their work is effective. I’ll give an example. Are we doing anything similar?

During the incident at the military airdrome in Novofyodorovka, one of the large Saky resorts received a phone call from unknown callers who introduced themselves as employees of the emergency services and said that an emergency evacuation of the resort was announced. The director was given a task to move away on his own the guests of the sanatorium to Yevpatoriya Square, where the Ministry for Emergency Situations would bring up buses and deal with further evacuation and placement of the people. The director warned that he had a lot of disabled people holidaying at his resort, to which he was reassured there was no need to worry and that the special transport would be provided. Slightly later another call came through, the caller introduced himself as an employee of the administration of Saky and confirmed the order by the Ministry for Emergency Situations. The director just started notifying the guests, but then decided to call back to the Ministry and clarify the location of where to bring people. In the Ministry they told him that no one called the resort and no evacuation was taking place. This story ended well, one can only image the number of dissatisfied and indigent people if this sabotage was successful.

But this is not the only story. In the past few weeks this resort was “mined” three times. The resort even stocked up with plastic utensils and water, because while the checks are going on and the people are being gathered in a safe place, food and water are given to them. Ukraine works in a comprehensive and systematic way – their task is not only carry out terrorist attacks and sabotage but also to sow panic among visitors and residents of Crimea

As a response, the Pro-Russian Telegram channel MIG picks up on this message and gives advise to residents on how to interact with unknown callers:

Oleg Tsaryov raised an important question – Ukraine is very professionally and systemically “shaking” the Crimea. Along with sabotage, competent psychological special operations are taking place, such as calls pretending to be from the Ministry for the Emergency Situations, fake pseudo-orientations about wanted people via WhatsApp, etc, etc.

We won’t be asking a question of what we are doing in this direction, this is not our area of expertise. But it is our competence to give advise to the same simple people as we are, which is to be careful with the information and be sure to double-check it during any emergency situation. This is especially important for weird calls and directives of unclear origin.

Be mindful. Unfortunately, the enemy does not sleep.

Pro-Russian Dimitriyev shares a wanted list of certain individuals that are claimed to be “Ukrainian saboteurs”, meanwhile these people are all former employees of the FSB:

Now such an orientation is spreading in the Crimea. It is fake. Moreover, these are photos and data of former FSB officers.
Someone of them have already been discharged, someone works in the administration, someone has moved to another region. In short, this is trolling. 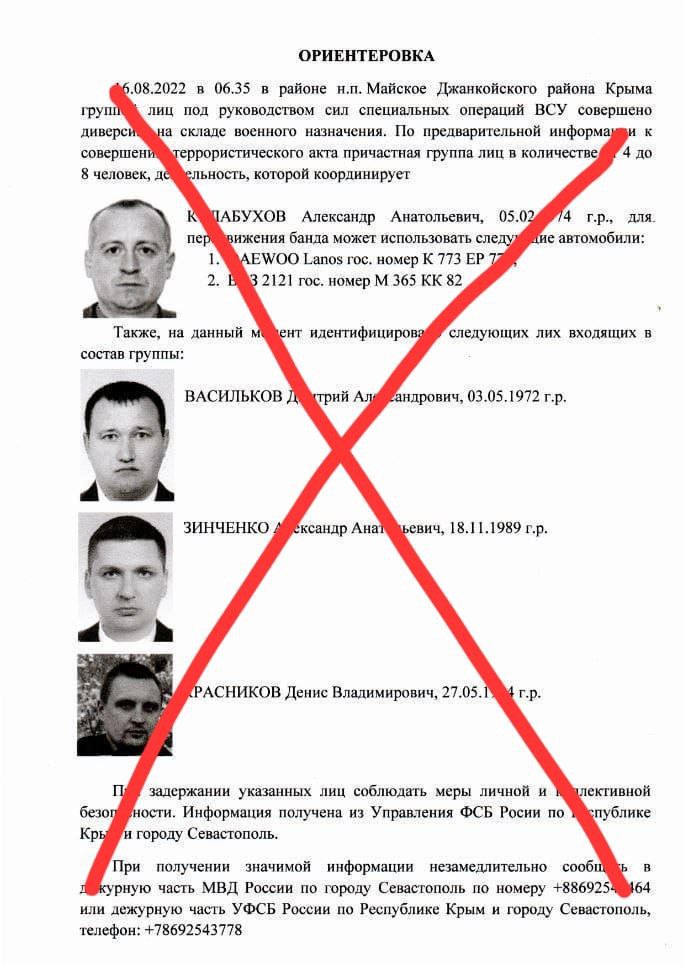 Oleg Tsaryov claims he personally knows all of these people and they are all “decent”:

Yes. This is a fake orientation. Moreover, 100% fake distributed by the Ukrainian special services. Without exception, all the persons indicated in this orientation are deeply decent people. Some I know personally.

The temporarily occupied Crimea is becoming inhospitable for guests and residents. We hope this trend continues.