A translation of a report by Ukrainian “24 Kanal” on the situation at the Zaporizhzhia Nuclear Power Plant where numerous explosions took place in the past days. The plant is currently under control of the Russian forces.

The translation is provided by https://twitter.com/Anastasiya1451A

Scenes from Russian-occupied Donetsk where Russian military installations were hit by probably HIMARS or similar systems. Images are sent by the locals reporting fires in Russian ammunition depots. So now, they have fewer ammo storages. In the previous days, the ammunition depots were destroyed in Makievka. This is crucial as Russia is trying to advance from there and attack on the direction of Maryinka-Pisky. They also probably planning to advance on Avdiyvka. Therefore, we must destroy enemy’s [military] infrastructure, to destroy their ammunition. 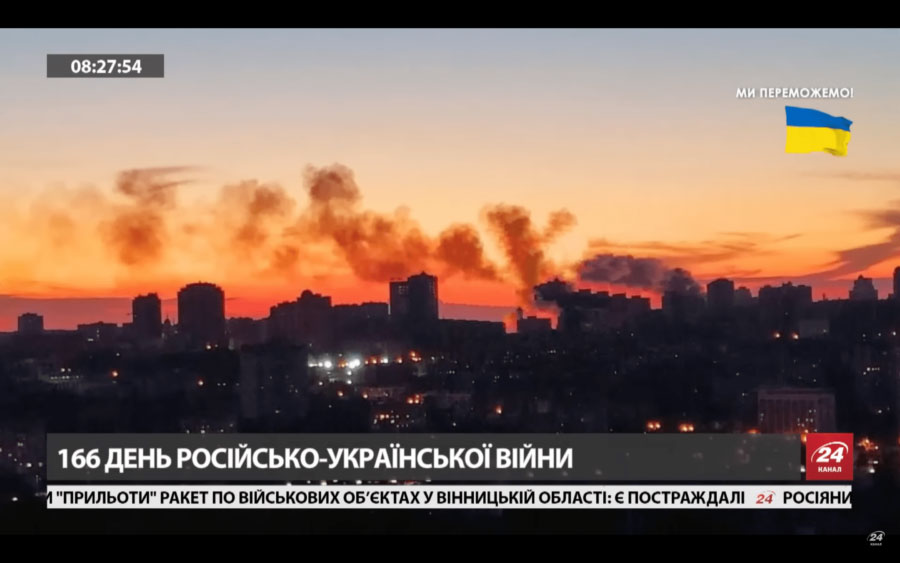 Yesterday, there was air-raid siren in many regions of the country. Apart from missile attack on Vinnytsa, we are watching Zaporizhia with its strategic sites, the nuclear power plant. Moreover, Zaporizhia is a frequent target for Russian attacks. While yesterday there were no strikes on Zaporizhia nuclear plant (in Energodar), the situation is highly worrying and president Zelensky reminded again that Russia is once more resorting to the nuclear blackmail and terrorism. After the Russian strikes on 6th of August, we can expect anything coming from Russians. To remind you of what happened, on 6th of August there were incoming strikes, probably from a rocket launcher, that disrupted electrical cables and one of the energy block [on the nuclear power plant] went onto emergency shutdown. Some other key infrastructure was damaged, such as water supply to the plant. 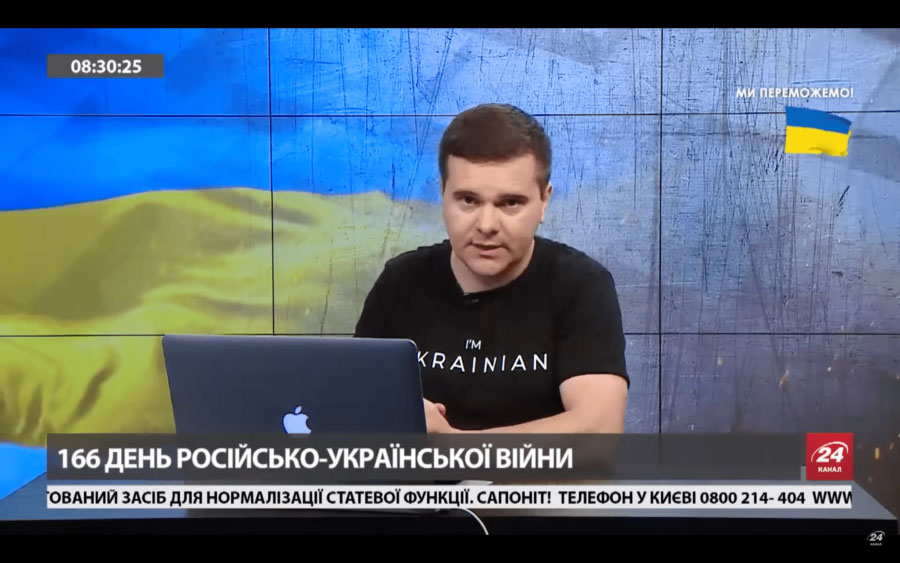 Many of the world leaders, IAEA [International Atomic Energy Agency], as well as UN, condemned Russian actions. Secretary General of UN, António Guterres, called to Russia to allows international experts to have access to the power plant. We are not sure how kindly he asked Russia or if Russia is actually listening as there is zero reaction from Kremlin right now. Moreover, knowing Russians, it wouldn’t matter even if he begged on his knees for them as Kremlin and the Russian leadership do not care. At least, it is important that the international community is paying attention and is speaking up on this issue.

Next, to get some updates on what’s going on the ground in Zaporizhja region we have out colleague that is working there: 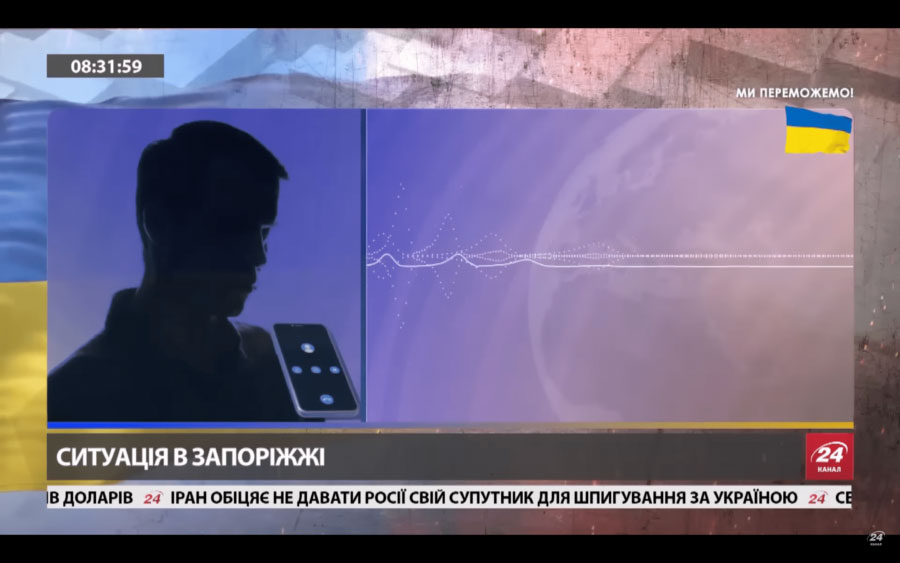 “You all understand that there is a war for the very existence of the Russian nation. For your right to live in peace and harmony with everyone. Yet, if the collective West denies us this right. If the US weapons, mercenaries and instructors are going to be used in ceasing of territories that we managed to liberate, then we are ready to many diverse scenarios. This power plant was built by Russian people for all the Slavic brothers. Now, the Nazis decided to “de-communize” our collective past. Therefore, we will have here either a Russian free land or a burned desert. And you, the soldiers of the Great Russian Army, must be ready to execute an important order.”

Apart from the nuclear power plant issue, there were successful hits on Russian troops with HIMARS. The aerodrome was hit, that’s where the rashist keep bringing their equipment and keep being hit by Ukrainian missiles. Also, the Russian base in a local factory. The number of destroyed equipment and troops are to be confirmed. On a video of this event, you can see that they tried to use their air-defence system, S-300, but it was useless and they know it. 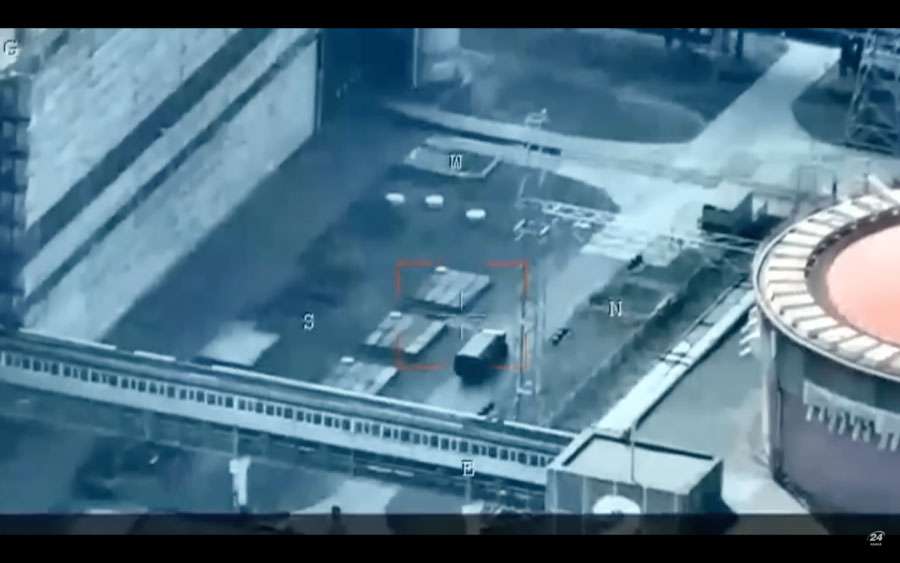 The Russians keeps transferring their troops to Zaporizhja region: now there are members of the mercenary group Wagner appeared here. They are normally places in the location of a preparing attack and the military experts say that rashists may try to attack in some directions in Zaporizhja region by 10th of August.

We thought that they are interested in Mykolaiv/Kherson, but now it seems that they may try something in the direction of Zaporizhja city, Guljajpole, Orihiv.

On the other hand our guys are advancing. There are reports of Ukrainian troops advancing from Guljajpole in the direction of Pology, liberating some territories. The Ukrainian troops are posting videos, reporting their advances. In particular, the National Guard used Gvozdika artillery system to fire on the enemy, the TerOborona [the territorial defence] showed video of the Russian being hit as a result. Also, a unit of TerOborona showed a trophy – a Russian APC, completely intact and ready to be used once we wipe the letter “Z” from it.