“Stop pouring urine out of windows!” – residents of the Donbass are left without running water

The so-called “People’s Republics” of the Donbass are left without running water. This is a translation of a text by a resident of Makiivka, Donetsk Oblast, telling about the situation with water supply in the Donbass. They haven’t had almost any running water for months, and people have to resort to collecting running water and using muddy goo for washing.

Like Africa. Donbass without water waiting for rain as if it’s a holiday

Donetsk, Makeevka and Yasinovataya have been virtually without water for months now. Interruptions began in mid-March. In April, Donetsk and Makiivka were left without water. It is turned on every few days for several hours, in different areas, but not always, and the pressure is very weak, not everywhere it manages to reach top floor of 5-storey houses, not to mention 9-storey buildings.

What happens when a multi-flat house is left without water – you can imagine from this photo: 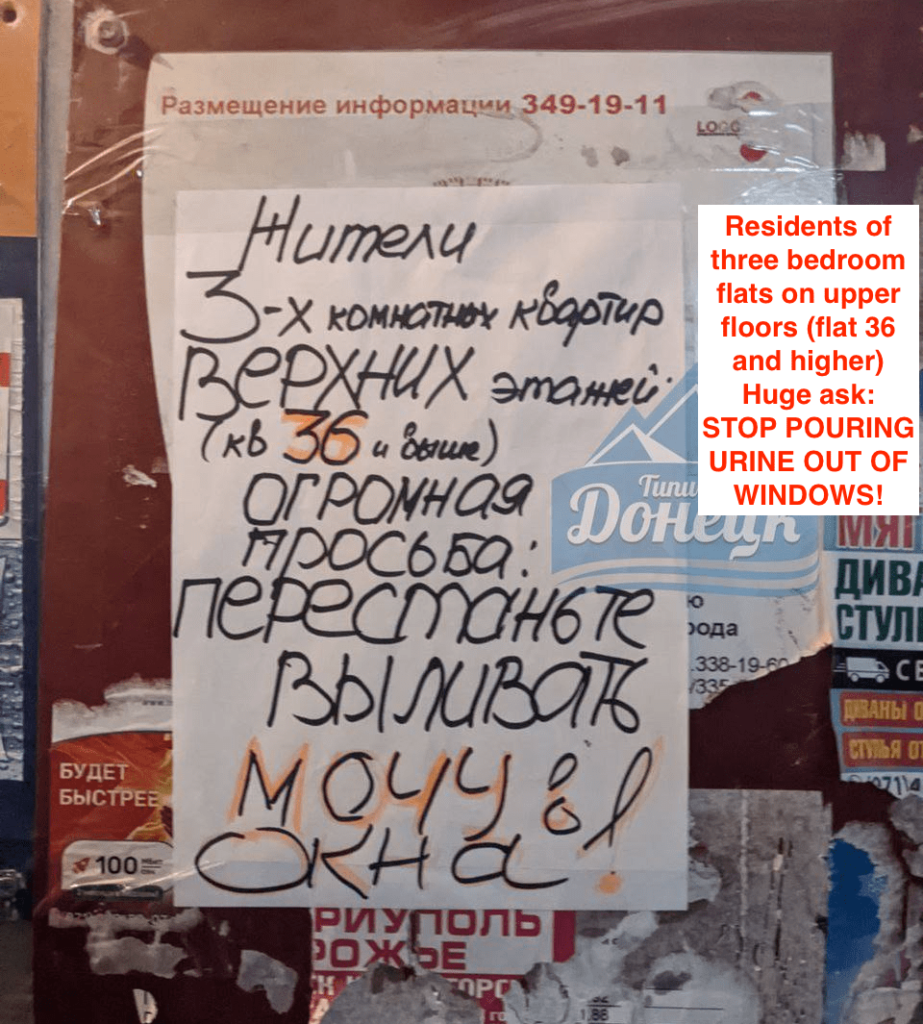 In halls, there is a characteristic smell of you know what. Such places are unsuitable for living, but people who are forced to stay here for various reasons have nowhere to go. 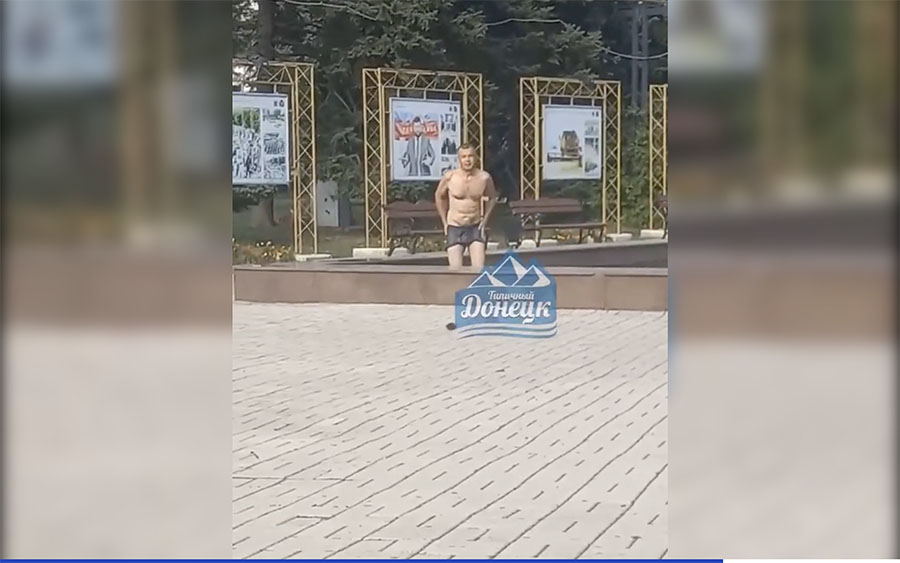 Search for water in the city for men is linked to a risk to encounter mobilisation punishers who capture people right in the streets during this endless and infinite “graveisation” that was started here by the Russian Federation, and all without exceptions civilians of Donetsk in some districts have to watch carefully under their feet to avoid stepping on “lepestok” mines, otherwise – good bye foot! 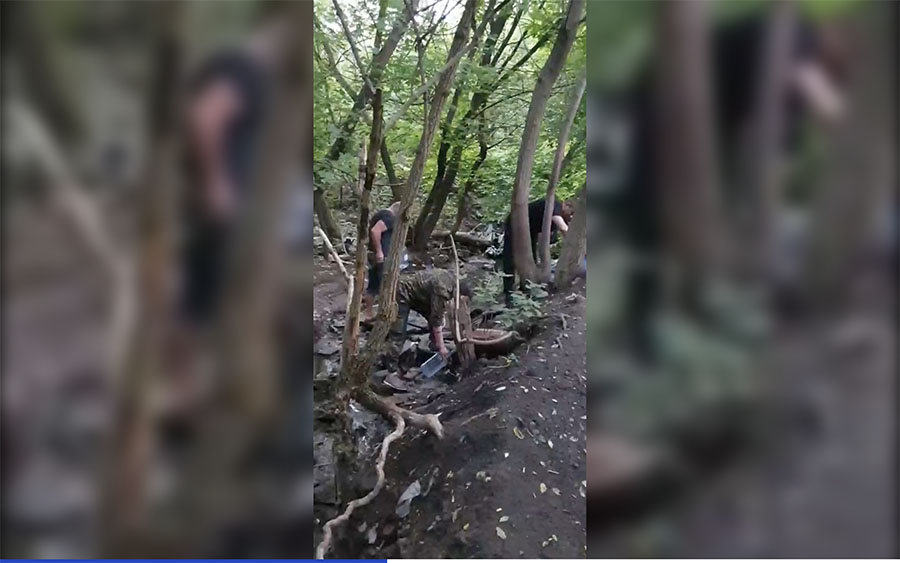 This is the Donetsk summer of 2022. It hasn’t been any worse here since the Second World War, or even in the whole history.

The problem with water, by the way, was simply set aside for a while. Sooner or later this would have happened anyway, and meanwhile it is the RF that is fully guilty of the monstrous forcible mobilisation of civilians, then all the issues regarding water should only be asked from the local MMM [local DPR authorities; “MMM” is a financial pyramid where Pushilin was a lead before the war has started]. 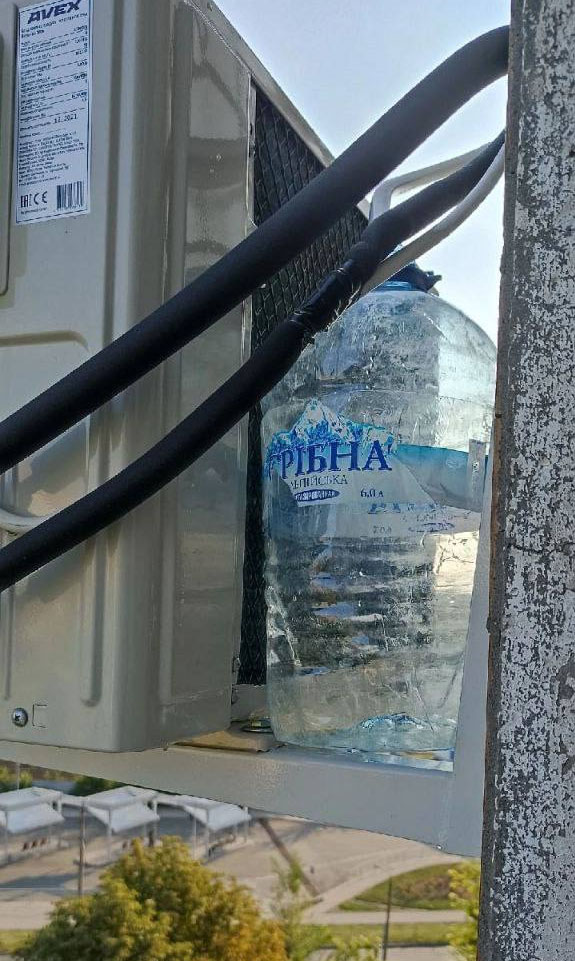 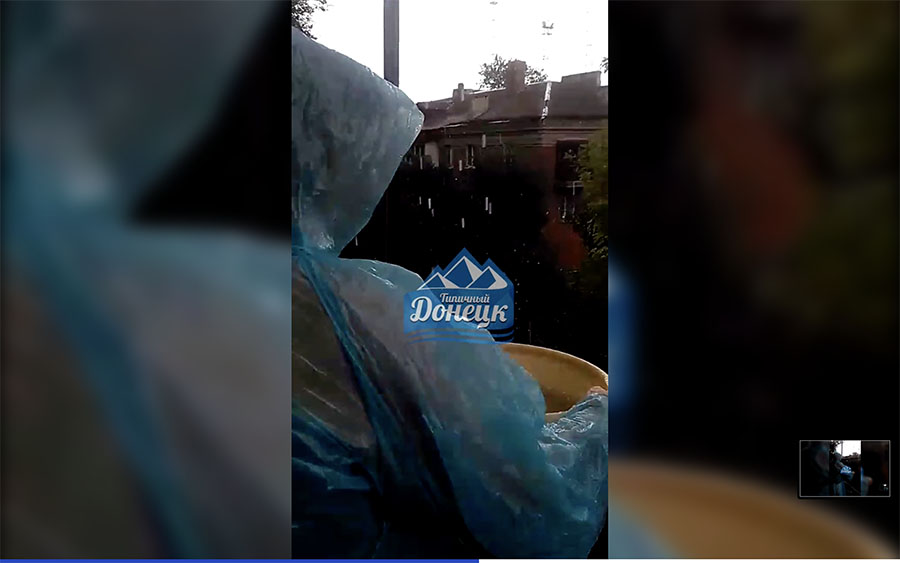 Ukrainians said three years ago that they will find for Mariupol an alternative (to Siverskiy Donets-Donbass canal) source of water, and then switch off water supply to the territory they do not control. They would have done it back in 2014, but the final point of the canal was exactly Mariupol.

Therefore the local MMM should have focused on the problem and solved it somehow. Of course, no one did anything.

And when this situation emerged, they started bringing some pipes, pumping water from Harzytsk and Zugrets, draining something from the shallow Krynka, but this did not solve the problem.

This is the water that sometimes flows here in Makiivka. “Sometimes” because in other times there’s none at all. 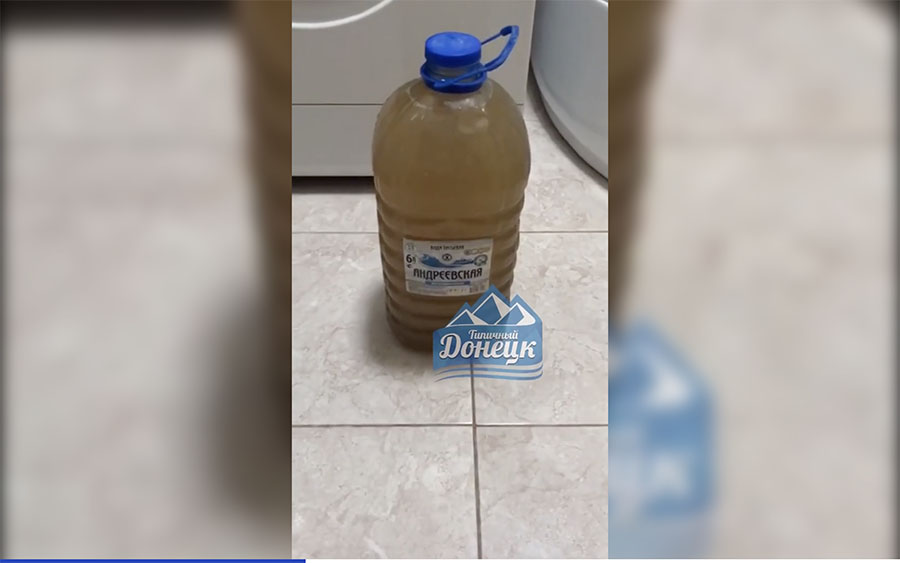 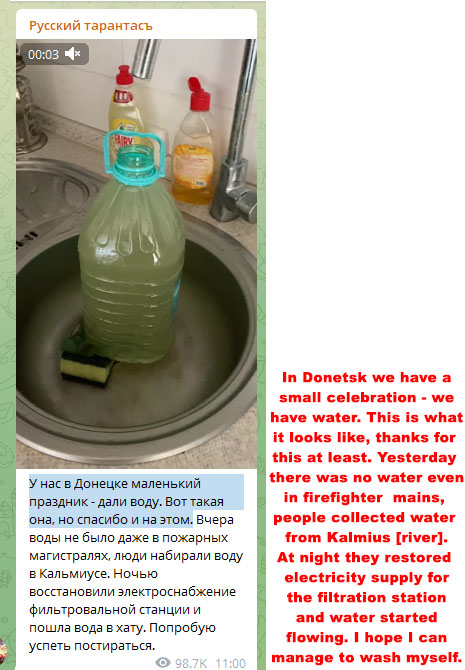 Most likely (the chance of taking under control in the nearest future of Sloviansk and Kramatorsk with Konstantinovka is currently near zero) there will be no water in Donetsk this year. The heating season (boiler power supply) is under question, but the fact that the water pipes are finished (due to water blows, which happen due to a rare and short-term supply of water) and the sewage system will stupidly clog due to the lack of water flow is obvious.

There is a fading hope for autumn rains, which can at least slightly fill the channel, but for now, rain here is a great joy. Like in Africa.