Rascists are having a field day after rockets struck the center of the Ukrainian city of Vinnytsa. We’ve visited a number of pages on the Russian VK.com social media portal to see the sentiment shared online by Russians. Unsurprisingly, most of the comments support the attacks.

For example, Margarita Simonyan, the chief of the infamous Russia Today media claims the “nazi location point” was hit. 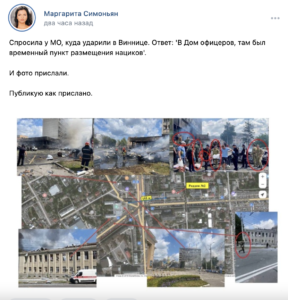 The comments are as follows:

One user tried pointing at the fact that innocent people died in the attack. To rascists, this makes no difference:

Similar comments came from other users calling for attack on Kyiv:

Similar sentiment could be observed in the extreme “Agents of Kremlin” page: 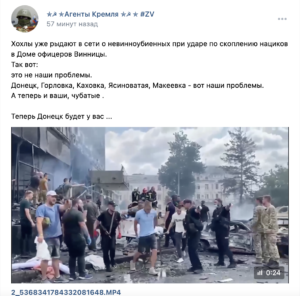 Russians would like to see other cities in Ukraine attacked: 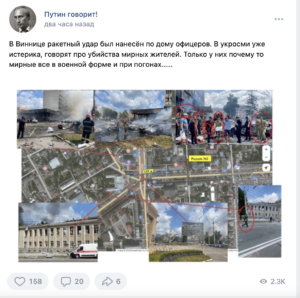 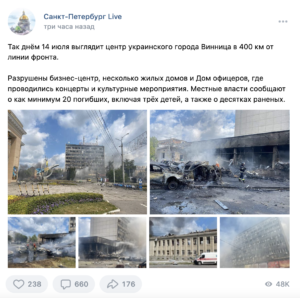 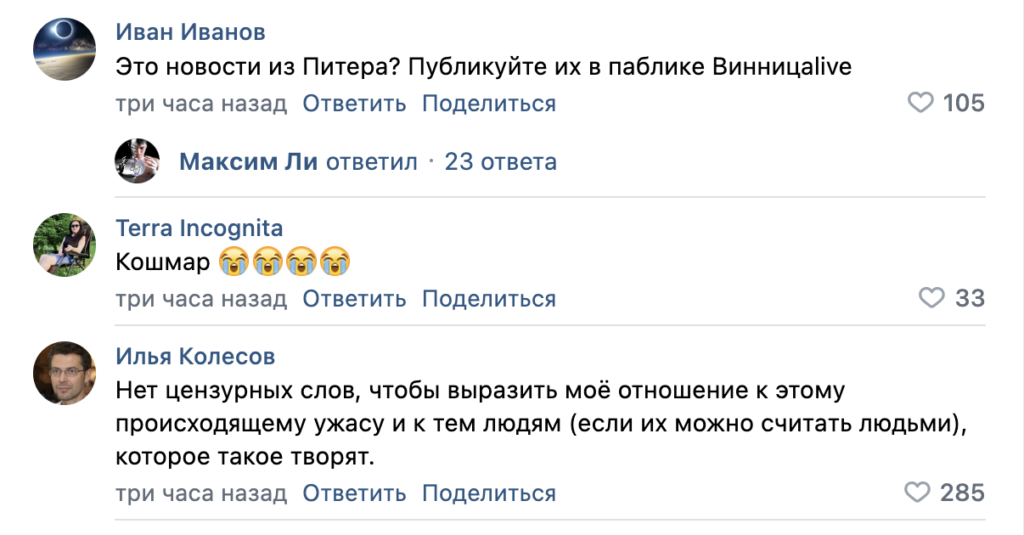 There is little hope for the Russians who support these vile attacks against civilians.