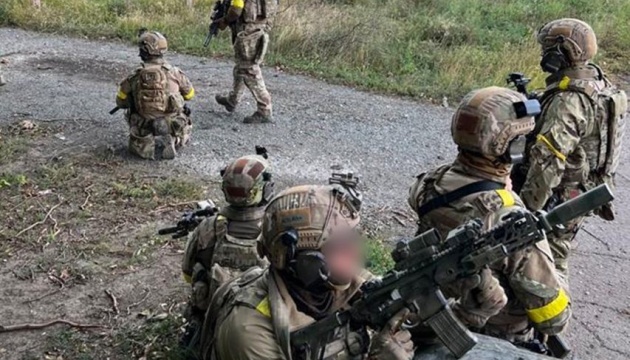 It started with Rybar responding to numerous messages from their audience to the questions about the possibility of Russia withdrawing from the Kherson region in the near future. In a long post, Rybar argued that the investment of Russians in the temporarily occupied southern regions of Ukraine is times higher than it was in Kharkiv, and the Russian authorities “learned their lessons” by relocating a vastly higher number of troops to the area, reinforcing it with the infamous 3rd Army Corps. Nevertheless, the risk remains as the Ukrainian army is oversaturated with manpower and Western weapons. Rybar refused to draw conclusions, offering readers to make one themselves.

Will Kherson and Zaporozhye be surrendered?

This is probably the most popular question in our feedback bot right now. Since we, to put it mildly, are tired of answering it non-publicly, let’s say it like it is here.

Much has changed since the events in the Kharkiv region. If the withdrawal of troops from the Kyiv, Chernihiv and Sumy regions could still accepted with difficulty, and the exodus from Snake Island could be explained by tactical necessity, then with the Kharkiv region it turned out much worse.

Selfies of the Armed Forces of Ukraine against the background of posters “Together with Russia forever!”, filtration measures and reprisals against “collaborators” and a whole series of Russophobic information campaigns, you already know all this.

Therefore, now we will focus on Kherson and Zaporizhzhya.

🔻Objective reasons why surrendering of the regions is not planned.

A large-scale campaign is underway to privatise both state property and private property of Ukrainian businessmen who are in no hurry to enter Russian-controlled territories. Tenders are being announced for the restoration of settlements and infrastructure. Not even a tenth of the sums that are now allocated in the south were spent on projects in the Kharkiv region.

▪️Saturation of the region with troops

Volunteer formations, which are part of the 3rd Army Corps, are already reinforcing the units of the RF Armed Forces holding the line. Yes, there are not enough forces to carry out an offensive on a wide frontline. But compared to what the picture was in the regions a month and a half ago, the density of the concentration of troops in certain areas has increased three to four times.

In addition, the process of formation and recruitment of the 4th Army Corps has already begun. At least on paper.

Last week, all units in the Donbass and the south received the command “No step back.” It was ordered to keep the occupied lines at all costs. It remains to be hoped that now the main task is to reduce the offensive potential of the Armed Forces of Ukraine and try to seize the initiative.

Civilian units, yes, have been given instructions in case of forced evacuation. But this is a normal practice: unfortunately, in the Kharkiv region, everything turned out badly.

🔻Objective reasons why the regions are still at risk.

Unfortunately, in Ukraine they can afford to overcome the defensive formations of the RF Armed Forces with mobilied “meat”, regardless of losses. If this is multiplied by the practically unlimited channels for the supply of weapons, equipment and ammunition, we can come to a simple conclusion: there is a war of annihilation. But also it means saturation of the Western military-industrial complex with orders for decades to come.

For the other side, everything that is happening is a chance to make money in the war. And unfortunately, if more radical measures are not taken to mobilise production, the economy, the Russian forces, we may at some point be overwhelmed with this “meat”.

▪️The subject of the negotiations

The liberated buffer territories, no matter how cynical it may sound, may remain the subject of bargaining for politicians. The only question is how high the stakes will be when one of the parties wants to “fix” the state of affairs and freeze the front for a new breakthrough.

🔻There will be no conclusion [from us]

Let everyone make one for themselves. We believe in the best. And we know that certain tectonic shifts began after Kharkiv. Officials were held accountable.

Many reports still remain “a fable about how good everything is.” But there are more and more cases where, in the higher ups, they ar efacing objective reality. And the changes begin.

The first to react to this was “Voennyi Osvedomytel” (“Military Reporter”), they argued the investment of Russia in the region makes no difference and the situation should only be evaluated from the military point of view. According to them, Russia did invest in the Kharkiv region, but when the combat situation became critical, the Russians had no other option but to run. If the circumstances allow, the situation may repeat in the Kherson region:

Colleagues, it seems to us that the question of the reasons for the “surrender” of certain settlements or even entire areas lies not at all in the area of planning, therefore, it is not entirely correct to use arguments of Russia taking roots in these territories and demonstrating the absence of any plans for leaving.

First of all, none of the routs of the RF Armed Forces, obviously, was originally planned, but was carried out due to many mistakes, overestimation of oneself and underestimation of the enemy, including the Kharkiv region.

In the Russian-controlled territories of the Kharkiv region, as well as in the Zaporozhzhia and Kherson regions, a campaign was launched to distribute passports and car numbers, open schools and hospitals, create interim authorities and prepare for referendums. Nothing foreshadowed the departure and there was no plan to leave, but we have what we have now.

Therefore, in our opinion, in the case of other territories, it is necessary to pay attention mainly to military and near-military factors, since the actions of locally appointed authorities and officials coming from the Russian Federation often do not fit at all with the actions and plans of the RF Armed Forces, but everything depends precisely on the army. If the military situation develops in a critical way, requiring the withdrawal of troops, then, alas, no objective reasons in the form of passports, numbers and tenders will affect this.

The Wagner group channel GREY ZONE put the last nail in the coffin of Rybar’s logic by stating that the Kherson offensive (rather than a counter-offensive) started way back in May and saw a gradual increase in Ukraine’s military equipment transfers and logistics strikes, peaking around July, accompanied with smaller probing operations.

GREY ZONE shows that Ukrainians are guaranteed to attempt a large-scale Kherson offensive before the spring of 2023, and Russians at best will be able to defend Kherson, though citing their own thoughts and conversations with other fighters GREY ZONE show they do not really believe in this. They add that Russians have no chance of continuing any offensive in the region towards Mykolaiv and Kryvyi Rih:

I wanted to write this for like a month, but due to my rest, I didn’t have the time. And today I’ve already read two texts on the possibility or impossibility of giving up Kherson from colleagues “Rybar” and “Military Informant”.

I had these thoughts and beliefs back in August, and even in July. Then the enemy that is the Ukrainian army was not yet conducting a counteroffensive in the Mykolaiv-Kryvyi Rih direction. It was exactly an offensive that they were conducting since May, at least.

By mid-June, the enemy reached a peak in the transfer of heavy equipment and personnel through the Odessa region, including by delivering military transport aircraft to the Shkolny airfield. And no, contrary to official briefings, their planes were not shot down. The infrastructure of the airfield, including the terminals, was temporarily put out of action, but for the time being the airfield accepted military flights.

The Armed Forces of Ukraine continued to replenish their grouping, including with foreign weapons. Several times during the summer, namely at the beginning of July, they undertook assault actions to occupy the front-line settlements, the success was variable. The probing of the defence occurred along the entire frontline. Further, the enemy proceeded to disable our military infrastructure, warehouses and inflict harassing rocket and artillery fire, including demonstrating their presence to the civilians. Which, of course, had a different effect on two different layers – from panic to enthusiasm.

Now, having carried out two successful operations to break through our fronts in the Kherson and Kharkiv regions, having completely occupied the latter, I believe that the enemy will make another attempt to create a bridgehead by winter in the Zaporozhye region in the Huliaipole region.

After the breakthrough, if they succeed of course, the Armed Forces of Ukraine will try to stretch the occupied section first in depth, and then in breadth, which they did not quite succeed in doing in the Kherson region in the Sukhoy Stavok region, but did in the Kharkiv region in the direction of Volkhov Yar.

Also, the enemy, for some miraculous reason for them, unlike us, does not always try to smash into our fortified areas and does not hesitate to bypass them, and does not lose personnel in senseless frontal attacks. The main task for the Armed Forces of Ukraine now is to completely disrupt the supply of our group of troops on the right bank of the Dnieper, which will be equal to the withdrawal of the contingent from there and the onset of battles for Kherson. And if there is an offensive in this area, then it will come from the side of the Kakhovka reservoir, the Novovorontsovka and Osokurovka regions.

Sooner or later, this will certainly happen ,and I feel this will happen before the spring of 2023, . The recent offensive of the Armed Forces of Ukraine in the Kherson region showed and proved once again that at the moment, and unfortunately, this prospect is hardly changeable, we will not have the possibility of offensive operations either on Mykolaiv or Odessa, counting on keeping Kherson in the best case scenario. With such a decline, in my humble non-professional opinion, which has also been repeatedly stated in tête-à-tête conversations, which is that our entire front will crumble in the fall, I think that the capture of these cities and the implementation of offensive operations is impossible.