Russian military experts on the effectiveness of Mosin-Nagant rifles

It is known that certain units of the so-called LPR and DPR militia are being equipped with outdated weapons if more modern arms such as the AK assault rifles are available. Recently, several Russian military bloggers, some of whom are “in field” in Ukraine, shared concern about continued use of Mosin-Nagant rifles by units serving at the frontline.

Here, “Afanasyev Z” shares a photo of a DPR fighter, saying that his rifle is going to be 80 years old next year:

I once heard a phrase which struck my mind – “Russia is a huge train with its locomotive in the 21st century, and its tail end in the 19th.”

This DPR People’s Militia reservist’s rifle will be 80 years old next year. The legendary Mosin-Nagant was put into service during the reign of Emperor Alexander III. There are many explanations as to why this glorious weapon ended up in the arms of a soldier in 2022 – from ease of training, to our Russian “what if” with regards to supplying of some units. Choose any, these are both fair.

But I would prefer that in the zone of the SMO there were more Russian weapons of the 21st century. For example, the ultra-modern rifles of Vladislav Lobayev.

Conductors and controllers dealing with paperwork! I’m asking you to deliver our modern technologies to all the train’s wagons as soon as possible. They are very much needed there. The boys will win with Mosin-Nagants. But they deserve holding in their hands the best of what is available. Especially since Mosins are being born on our land today. 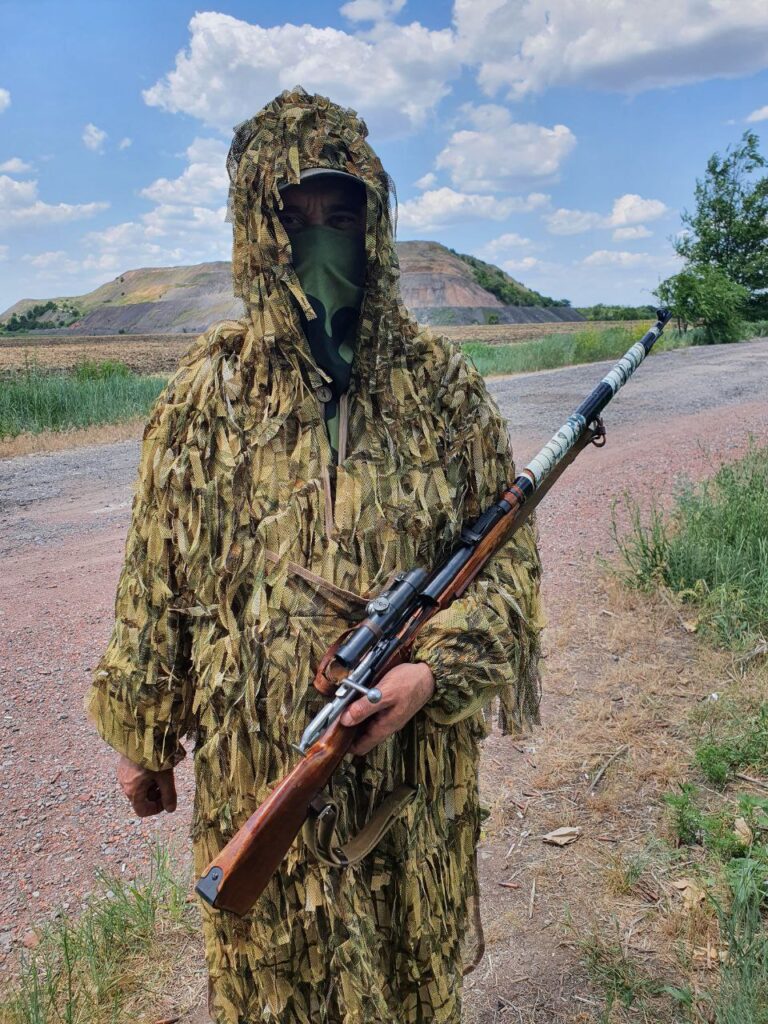 A popular weapons-focused expert “Lobayev Z” shares the same concern and draws historic parallels between the current war, and wars of the past, when assessing the use of Mosin-Nagant in the units:

…I agree. The presence of Mosin-Nagant in the hands of a militia is some sort of a surreal shame. It’s a decent thing, for its age. And generally not too bad. But that age has ended IRREVERSIBLY, together with the victory in the Second World War! And then the time of completely different weapons arrived, where the classic “bolt action” was given a substantial importance, but in a completely different role, manufacturing quality, and a different ammo.

However, this kind of situation for our Army is a rather grim “trend”. A systematic problem which again and again comes up at the start of a serious war. At least since the 19th century. Likely, during that time the progress in weapon development began dramatically overtaking the thought processes of certain individuals responsible for making decisions.

Crimean War – the absence of rifled small arms and a minimum of steam ships. In result – a defeat. Perhaps a defeat “by points” but with an insulting result of losing the Black Sea Fleet for 15 years. And with massive losses from the destructive fire of English and French rifled barrels which surpassed the guns of the time in terms of range…

First Russo-Japanese war. Let’s set aside the elements of betrayal and mistakes. Let’s take the question of weapons. The army field artillery had no high-explosive shells! Why? Because, someone got too carried away with shrapnel… As if it was a universal ammunition. In flight, with an exposed distance tube – it’s a shrapnel. But if you need to destroy something, set it to “impact”, and you get something like a high-explosive. Hmm… yeah… Life has put everything in its place. By showing how weak the troops have become without proper gun grenades.

Next, remember the price of the mistakes of the First World War related to the absence in line units of howitzers with plentiful ammunition? And the industrial capacities necessary for a long war? Which would have been able to produce everything needed at the frontline, in necessary numbers, starting from plane engines (these were imported) to shells and rifles. When due to a lack of ammunitions, we were responding with one shot to thirty shots of the Austrian (German) gun. And due to a lack of rifles, formed “halberd companies”… equipped with axes!!!

Don’t even want to talk about the start of the Great Patriotic War. All has been said in the works of our and foreign historians. Now think – how long will this “rake run” Russian national marathon last? Maybe we should replace this agricultural equipment with shovels? Shovels at least don’t hit you in the forehead so hard. How much can we pay with blood for someone’s mistakes and shortcomings? Maybe it’s time to start thinking according to the demands of time, and quickly fix the errors?