Remember the photos of the Russian equipment being loaded onto boats in the vicinity of Snake Island? Russian blogger reveals this was carried out personally by no other than Maj. General as civilian crane operators refused to work under the thread of Ukrainian missiles.

The author is perplexed by the fact that such a high-ranking officer had to do the job at a risk to his own life, and later all the equipment delivered to Snake Island was destroyed or had to be destroyed during evacuation:

I am personally perplexed by one question – how could the Russian air defence and EW placed on the *Snake* island interfere with export of grain from Ukrainian ports? Even if the artillery was there, would it start shelling foreign vessels coming out of Ukrainian ports?

Meanwhile, the Western media are reporting:

“Snake Island is not only important for controlling the airspace and access to Western Ukraine, but also for Moscow’s attempts to blockade Ukrainian ports in the Black Sea. Since before the invasion Ukraine was the main food supplier to the whole world [!!!], the blockade interfered with export of grain, which in turn led to price increases and exacerbated the acute lack of provisions in a number of countries around the world. (Thomas Newdick, 30 June 2022, The Warzone).

It was not for nothing that I put the three exclamation marks – it turns out that Ukraine was not only feeding the whole of the USSR, but also the whole world.

In principle, does it matter what some Thomas writes on a second-grade website dedicated to military topics? Yet the same claims have been picked up by the Western media of the main caliber.

Anyway, our informational frontline fighters did not find anything smarter than playing along with them and explaining our withdrawal from Snake Island as a “goodwill gesture”, to show the world community that Russia is not at all aiming to starve this poor community. Bring the Ukrainian grain, and if the money for it goes to the purchase of new weapons for UAF – well, then…

Meanwhile, any person in their right mind can understand that while Ukrainian military were only able to impact the island with various rocket missiles which were successfully taken down by the island’s air defence, it made sense to be there. But when the new artillery emerged which missiles you cannot take down in any way, then being on this stone patch 500 by 600 meters in size became pointless. Or is someone unable to comprehend this explanation?

Discovering, and even more so suppressing such artillery turned out to be impossible. Let’s leave aside questions of “why” – what can they change right now? 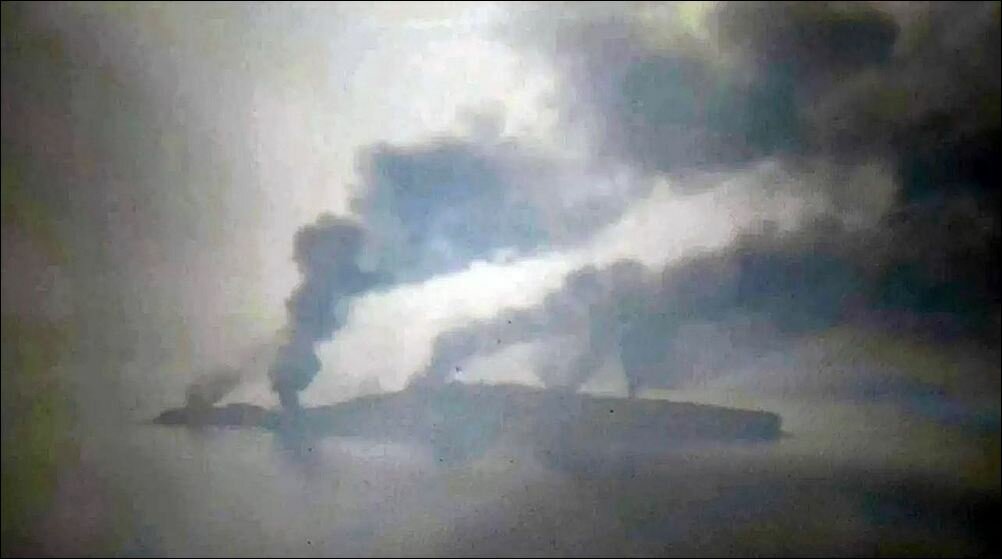 In the background of this evacuation, several points caught my attention.

From the WW2 history it is known that, for instance, the locomotive brigades of military echelons, that is civilians, with huge risks were delivering goods to the frontline, or for example the civilian truck drivers on the Road of Life on Lake Ladoga – a lot of them have perished. But there is no war right now, only the Special military operation, so let the military deal with it, as it was decided by commanders of the floating crane which I mentioned before.

And the Black Sea Fleet couldn’t find any other way to deliver the anti-aircraft missile systems and other large equipment except for using this crane. So the deputy Black Sea Fleet commander, Maj. General Mikhail Yansikov had to personally persuade one of the crane operators to go to the island for unloading.

Everything coming next is from our media. Here’s the moment of loading the Pantsir onto the surviving “Cerna”. 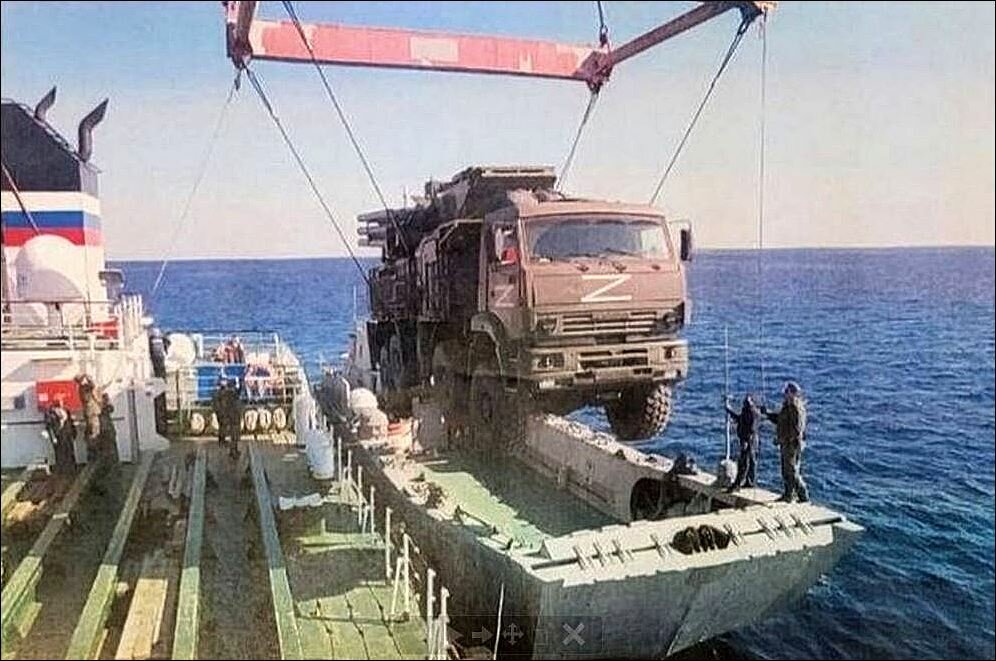 As I understand, this is happening at a sufficient distance from the island, otherwise, what would prevent the crane from placing the anti-air system directly on the pier?

Next is even more interesting. The landing craft showed clear signs of a loss of stability – it doesn’t take long to roll over like this.

Now, from the “Reporter” website: “Then Yasnikov made a decision to fasten the boat with the straps of the floating crane and move off to Snake Island like that, but 9 out of 12 civilian crew members rebelled. Even the bravest of the crane operators refused to go under the threat of “Tochka-U” strikes. Maj. General had to personally in one hour learn to control the crane installation and take on himself all material liability. This bunch was going to the island under cover of anti-air systems placed on regular supply ships.

Upon the approach to the Snake Island, UAF attacked the floating crane with “Tochka-U”, but luckily they missed. Deputy fleet commander Yasnikov personally carried out the unloading of Pantsir in just 20 minutes, and another 20 minutes later this air defence system had to defend another attack of “Tochka-U”. Then the brave Maj. General unloaded from the deck to the shore the “Tor-M2” air-defence system, and then UAF launched a “Neptune” at the floating crane. The same “Pantsir-S1” managed to intercept the Ukrainian rocket in the last moment. 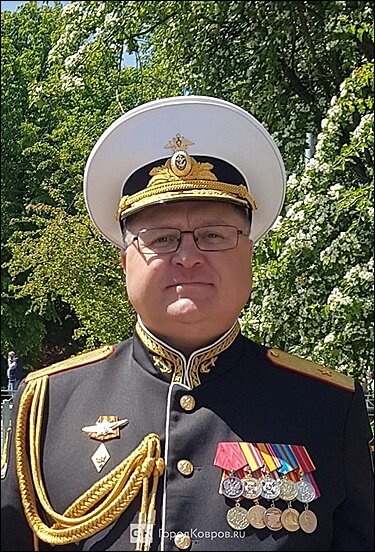 Aren’t these reporters lying? Not at all, as was told by the RF State Duma deputy, reserve Lt. General Andrey Gurulyev, the former commander of the 58th combined arms army, deputy Southern Military District commander.

I would prefer to be understood correctly – the hostilities, whatever you call them, will make you squabble even more. But was it really not possible to find a crane operator of a lower rank in any logistical support position, arsenal, or missile technical base, I’m not even talking about a sergeant, but at least a midshipman or praporshik? For God’s sake…

Certainly, all these complexes delivered with such difficulty, were either destroyed by artillery fire or blown up by our own military before the evacuation.

What next? Deployment of Ukrainian combat equipment on the island is unlikely, our forces have enough capabilities of rolling them into dust with the same “Kalibr”s.

Another question is, who will be de-mining the waters to secure the grain export out of Ukraine, and delivering military supplies to Ukraine? I hope, there will be no more “goodwill gestures” from our side.