Pro-Soviet, Russian author Maksim Kalashnikov on why declaring Russia a “terrorist state” is a bad omen for the regime 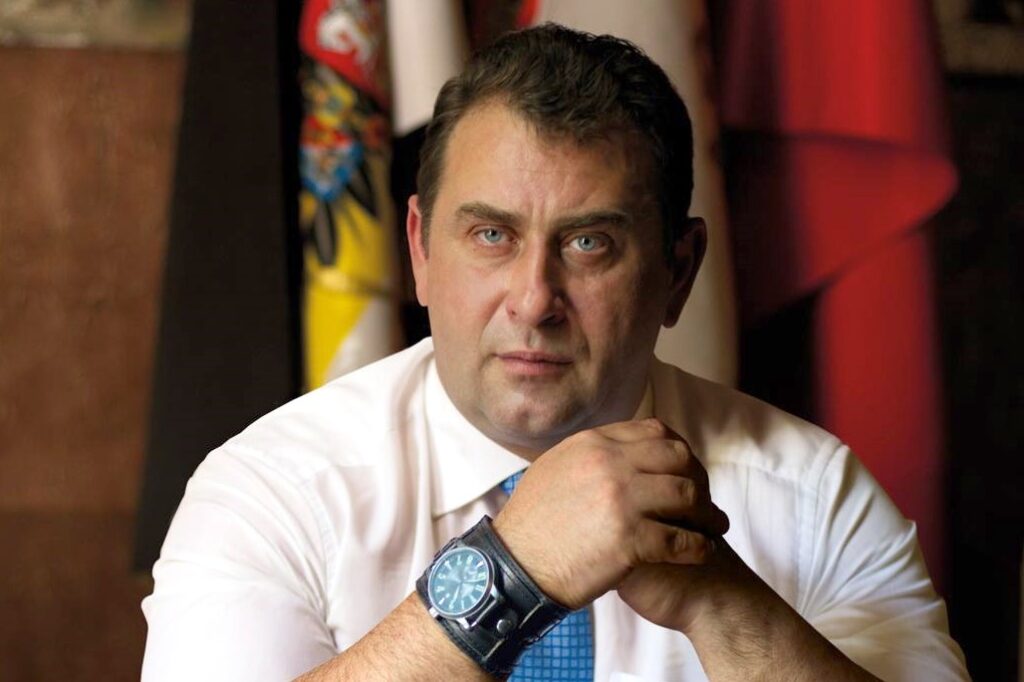 While the popular pro-USSR, Russian nationalist and author Maksim Kalashnikov (and also a friend of Igor Girkin) traditionally has never been shy of spelling his criticisms about the current regime in Russia, his recent livestreams and posts certainly emit an aura of looming desperation as the war in Ukraine goes on. This time however, Kalashnikov suggests that the West declaring the Russian Federation a “sponsor of terrorism” will alienate the remaining loyal elites of Putin who have been so far instrumental in keeping him in power. The post is available on his livejournal account, with the translation below (as usual, there are some anti-Ukrainian sentiments there, which would not make sense to take out):

On the possible recognition by the Americans of the Russian Federation as a “sponsor of terrorism” and the prospect of an extremely unpleasant situation for the Kremlin.

America’s recognition of Moscow as a “sponsor of terrorism” no longer looks unrealistic. And this is the prospect of complete isolation of the “elite” of the Russian Federation by the West and a clear prospect of “dispossession” of its assets there. But how did our government approach this potential? What are the results of a harsh historical exam? It must be admitted that the Kremlin has landed in a very unpleasant reality for itself.

MISSED CHANCES ARE HAVING THEIR REVENGE

First: you will have to pay for the indecision of the spring of 2014, when the goals of the current “special operation” could be achieved 10 times easier and faster (the disorganisation of power in Ukraine after the coup, the extremely weak Armed Forces of Ukraine, there was still no pumping of the population with propaganda). Instead, they [Russian authorities] decided to sacrifice the Russians of the Donbass and choose, in general, shame instead of war. But now they ended up both with shame and war.

The authorities of the Russian Federation have come to the present moment, having lost almost 20 years and trillions of dollars, but have not carried out industrialisation 2.0, have not created the Image of the Future and ideology, have not done away with the former looting “elite”. Completely unprepared for the most serious tests. Basically, the “elite” has remained “trophy” – able only to divide and take away, and not to create. And connected with the West, where it had assets and estates, and flights with their grandchildren.

This elite looked at the current political technologies of the Kremlin (the cult of 1945, the constant appeal to the greatness of the USSR) cynically. This, they say, is all to ensure the obedience of the electorate, the necessary hypnosis. So that they, the “new nobility” (the bottom mud of the late 80s and 90s) would retain our wealth and income. And they could continue to live pleasantly, driving away the “hard-earned money” to the West and, traveling there freely. Everything has been based on this since 2000, no one was seriously going to restore any Soviet Union. But it was this “elite” that served as the backbone of power. Not the masses of the population – but it is only the elite. Our government cannot rely on the lower classes. The lower classes should be passive and only obediently listen to sweet propaganda.

And with the announcement by the Americans of the Kremlin as a sponsor, all this support may disappear. “Elite” does not know how to live like this and does not even want to learn this.

Since the beginning of 2022, we have clearly seen the real abilities (capabilities) of the current system in managing the state and the economy, the ability to conduct military operations and intelligence operations, foreign policy and personnel selection. The results are disappointing. But hasn’t the author of these lines been saying for decades that the post-Soviet system is only suitable for pretending, for imitation? That is, we don’t change anything in principle and we don’t move anywhere, but “we rock the wagon and give a whistle.” It all came down to the production of pictures and the right slogans.

The desire not to change anything today has turned into bills payable, presented by history. Unpleasantly and unexpectedly as a new reality for the authorities. Thus, its “elite” backbone is being destroyed. Reliance on the lower classes did not exist initially. Now it is impossible to show success in the growth of living standards and in the development of the economy. And at the same time it is impossible to compensate for all this with real or imaginary victories. At the frontline – positional war, Verdun-2. At the same time, it is the enemy that is sinking our cruiser, hitting the headquarters and border areas, the air base in the Crimea and the Zaporozhye nuclear power plant, ironing Donetsk with artillery fire. And they even have headquarters and centers of state power in Kyiv, untouched. There are no victories in science and technology, in space, the tales no longer work, such as: “But we have strengthened the army unprecedentedly and acquired weapons of unprecedented power.” And the longer the campaign drags on, the more unpopular it becomes. We need a way out of the “positional” quagmire, but where are the actions in this direction?

As a result, it turns out that the only support of power remains the power apparatus [FSB and co.]. But sitting on bayonets is uncomfortable and dangerous. For the leadership of the “bayonets” it is not alien to go “offshore”, they themselves wear Rolex watches and roll on foreign cars. This means that the enemy potentially has a “golden key” to them. The fact that it will be possible to break the West with a fuel and energy “crowbar” is not a 100% possibility. Moreover, the global crisis may help the West to mobilise the remnants of their organisational capabilities.

It has been clear to me since February that the start of the campaign is the trigger for a serious systemic crisis at home. That all this is a prologue to very serious events. Now it is very clear that in order to avoid trouble, a political “revolution from above”, a new industrialisation, and mobilisation in every sense of the word are necessary. This is the main thing, and everything else is just informational garbage. As an honest citizen, Maxim Kalashnikov is ready to help the authorities achieve the above. For it is better than falling into a dangerous turmoil with a mass of victims and unpredictable consequences. Now is not the beginning of the twentieth century, we do not have 94% of the rural population with a birth rate of 7-8 children in the family.

And if this does not happen … Well, this is a separate issue. In the meantime, our civic duty is to show the way to salvation. The moment has really come to a head. As in 1915-1916…