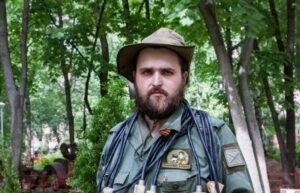 LPR volunteer Murz who is heavily involved with establishing communications in the so-called Donbass Republics publishes his prediction on what might follow Ukrainian offensive in Kherson. While confident Ukraine will not succeed here (debatable), he shows an interesting point that Russia will not be able to capitalise on this, either due to its severely lacking supply of competent servicemen and love for presenting their reports in a majorly unrealistic way.

The original is available on Murz’s livejournal account but the entry might as well be removed at any point: https://kenigtiger.livejournal.com/2177221.html

The saddest consequence for us of the Ukrainian “offensive”, which ours in most places will most likely be able to repulse, will be that our generals who will be informed that they have chopped a billion ukrops (adding a zero at each next level of reports), will decide “Aha! We have knocked out all their reserves! It’s time for us to attack ourselves!”.

But in this case we are talking about how the declared “heaps of mowed ukrops” will impress our society of anonymous commanders, and it will decide that it is possible to attack. And it will throw into the offensive all the remnants of the infantry and poorly trained reserves. There are not enough trained motorised and tank reserves in order to conduct at least some kind of encirclement operation, and there won’t be for a long time, so they will try to throw into attacks anyone who is at hand, trying to compensate for the sad average quality and even more sad average controllability of our infantry on the battlefield.

You see the situation when in the DPR, for example, ours are firing at the Ukrainian AGS from the “Giatsint” can be presented to the readers of the “patriotic press” as “Suppressive fire superiority”, but a professional will clutch his head from these news. This indicates that:

a. the infantry is increasingly unable to use its own heavy group weapons (which has already been written about many times)

b. battalion 120-mm mortars and brigade artillery groups fail to support their infantry for one reason or another (training / accuracy of fire, communication / interaction, or something else)

c. the resource of our longest 152-mm barrels is wasted for trifles instead of counter-battery at “777” and other targets more significant than an AGS squad.

When I receive information from the Russian Federation about how many new “volunteer battalions” are being formed there, my hair stands on end. The question immediately arises: “Where will you get the communications chiefs for these battalions?” There are none. None. Just recently, in one wonderful chat, a person was looking for a chief of communications, right about the battalion level, for a generally very much combat-ready unit. I am not the only signalman in this chat, and we told him in unison – “There are NO SIGNALMEN AND WILL NOT BE!” And one of my colleagues added, “You do it yourself, you find an embryo and grow it as best you can.”

And what will these volunteer battalions be without digital closed radio communications working 24/7? An uncontrollable crowd of deer, which the Ukrainians, actively playing “from defense”, will very quickly send to cemeteries and hospitals. What will be the advance payment for the “3rd Army Corps” glorified by Shurygin, the state of communication in which is senseless to try to describe to those who have not seen it – people simply will not believe that this is happening? And it is happening, it is happening. The Corps will be a huge, monstrous, unruly mob of deer.

It’s all senseless to tell those who have not seen such things being performed by our military men alive. Well, that is, I saw Debaltseve, and I no longer laugh in this circus and finally I’m not surprised. I saw tanks going into battle with empty containers of dynamic protection, I saw people who came to the service yesterday, and today they are already being given an assault rifle and grenade launchers, three of them are selected as specialists, also a platoon commander, and they go into battle. And we were leading them, in fact, three officers – a physician, a signalman and a seriously wounded political officer, a 60-year-old Astrakhan Cossack, who was being transported in the troop compartment of an infantry fighting vehicle, in the tower of which I was riding, wondering how I, with one non-working hand, would pull Petrovich out of troop compartment if they hit us.

And then, and before, and after, I saw a lot of things that people will never believe until they themselves see, do not participate themselves (if someone thinks their curse words vocabulary is incomplete I suggest trying to complete it while refuelling a moving tank driving on ice).

Moreover, the 1st and 2nd Army Corps of January 2015, they had at least some backbone of people, not just trained people, but people with combat experience in the summer-autumn of 2014. And Debaltseve, as a result, came out to be a three-week meat grinder. Moreover, the enemy were the Ukrainian Armed Forces of the same year, nothing like the current ones. But … then the magic pen of the same Shurygin turned a three-week meat grinder into a three-day network-centric brilliant success, in which there was a queue to take part in (in reality, on the contrary, a bunch of those who became the officers “via connections” for good salaries in dollars, already dressed in “pixel”, wrote a report on the nearest bulletin board in the same barracks, in which right there, in front of them, shaking with fear, angry simple men “without connections dressed in “flora”, were filling magazines and checking the equipment before the battle).

In general, if the offensive itch among our military intensified by the political leadership prevails, then after the unavoidable in this case sad and senseless autumn massacre, in winter we will face a choice – either another monstrously shameful and obviously unsuccessful search for peace, or mobilisation in the Russian Federation. Of course, at first there will be shame, and then still mobilisation. Our leaders can’t do differently. Mobilisation in the Russian Federation is, in fact, the last chance to stop such massacres, because our generals will crap themselves before thinking of stacking layers of dead conscripts. These are not Donetsk and Luhansk peasants, who are for them disenfranchised and “unaccounted for”.

If our society of anonymous military leaders really carries out an “active autumn”, then our winter will be a very tough remake of the “positional war“ of 2015-2021, when on our part the ability to successfully respond to enemy shelling will no longer be limited by the “Minsk agreements”, but by the lack of ammunition, the deplorable state of artillery in general and the skilful counter-battery work of the enemy. The sort of cr*p that will happen with supplies and transport is a separate, very sad story. Volunteers are already forced to use the collected funds to buy autocades of passenger all-terrain vehicles, “Nivas” and UAZ vehicles, drive them to the Republics and distribute them to the most needy units. But now, in the summer, by some miracle that truck still drives, which in the fall and winter will no longer go anywhere along the muddy country roads. Trucks of the NM LPR and NM DPR in any military convoy can still be easily distinguished from Russian military vehicles by completely bald tires, and the chassis and engines are still being repaired by the troops at their own expense. But winter and autumn will come…