LPR volunteer Murz on the 6-month results of the SMO: “We are in the a*s”. 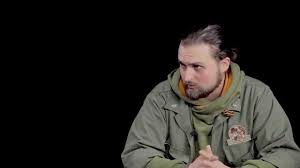 The Russian volunteer and blogger Murz who has been deeply involved with providing repairs and collecting aid for the so-called “People’s Militia” of the so-called “Donbass Republics” has published his view of the results of the six months of the special operation. It is somewhat of a long post but the level of self-awareness (with few exceptions) of Murz is quite striking.

Murz first admits that the most combat-ready Russian forces have mostly been destroyed in the first stages of the war and Russia has no other choice but shell to death Ukrainian positions with hope of the latter to retreat. He admits this is an extremely inefficient and tedious process. He also says that the reservist recruitment program in Russia has failed as these units are too fresh to be effective in the battle:

Half a year of “SMO”

As already mentioned, the Russian leadership prefers to turn a blind eye to problems during the SMO, hoping that this will make the problems disappear. The leadership of Russia is moving into another reality (and the Republics are following it). Problems do not disappear, and then we hear amazing explanations for the slow pace of the offensive – “we are deliberately advancing so slowly so that fewer civilians die.”

The reality is that in the spring the Russian Federation killed all those forces with which were able to carry out large-scale encirclement operations. No encirclement operations, no decisive turning point in the course of war. I already wrote about it. The enemy will slowly retreat in those places where they will be pressed by the artillery powerfully enough, but they will retreat to prepared positions occupied by the reserves deployed. To “grind” their cheap infantry in this way without having enough of our own proper infantry can take a very long time and not bring much success.

As already mentioned, instead of the normal replenishment of currently fighting troops, a program has been launched to form new units “from scratch”. We will observe the slaughter of this wave of “volunteers” over Ukrainian positions, including the next three-month-old “BARS” [special reserve initiative in Russia] during the fall. With no mobilisation there will be no fully-fledged replenishment of troops. Are you forming new units in conditions of a general shortage of personnel and communications? They will initially turn out to be uncontrollable, roll out in dense columns to the front line and be wrecked by the enemy artillery and MLRS.

Well, the remnants of experienced infantry professionals are now being finished in completely wild conditions of further attempts to storm the Ukrainian positions around Donetsk.

Traditionally, members of Murz’s faction like Strelkov are big proponents of mobilisation in Russia, and according to Murz it is simply inevitable as the best troops of the “Republics” have also perished by the time Mariupol was captured:

As one officer of the DPR People’s Militiasaid, by the start of Mariupol [campaign], most of the platoon and company officers who had been officers before February 24, 2022, had died. In Mariupol, in their place were more or less experienced sergeants, they dragged Mariupol on their backs, and died or dropped out due to severe injuries in the same location. Now most of the platoons and company commanders in the Republics are simply the most experienced ordinary soldiers or, if you’re lucky, sergeants who do not have any officer training.

I read here from Natalia Kurchatova, a military correspondent who is not prone to wavering along with the party line:

“There are, so to speak, serious doubts about the practicability of mobilisation. It is unlikely that poorly trained reserves can radically improve the situation at the front, but the river of funeral notices can overwhelm the patience of the Russian society, which, let’s be honest, is not too inclined to sacrifice private interests for the sake of victory.”

This means that even many of those who say what they think, and who at the same time have something to think with, do not understand what is happening. We are already fighting with poorly trained or not at all trained people, such as the Donetsk and Luhansk “mobilised” and all kinds of “volunteers” who are not properly trained by anyone to work with heavy weapons. Fighting now are sick, old, recovering wounded, anyone who is caught on the street. And the sooner the mobilisation is announced in the Russian Federation, the more time will be in order to prepare these mobilised for battles.

Murz continues by showing that not only privates but also officers lack knowledge necessary to carry out effective operations, in fact, certain members of the People’s Militia admit they need training which might take decades. Yet Murz appears to start realising that mobilisation on its own will not bring major results given that people in Russia are similarly not ready to fight, though it might take some pressure off the “Republics”:

Recently, while receiving a pair of binoculars from me for his subordinates from one of the line battalions, one veteran of the Luhansk militia and the “Prizrak” battalion in particular, said: “We could do with more textbooks … on tactics, topography”. It is a rare case when a person understands that untrained people can’t do anything. Especially officers not trained to be officers.

Mobilisation could, on the contrary, reduce the “flow of funeral notices”, albeit at the cost of the fact that some of them will come not to Donetsk or Luhansk families, but to the Russian ones. But the mobilisation in the Russian Federation requires the responsibility for the fate of those mobilised. And our collective Russian Zapp Brannigan really does not want this responsibility.

However… I’m damn tired of arguing. I argued for seven years, torn myself explaining that one should not fly in the clouds, one should prepare for a serious fight. Get ready seriously. No one cared. Now I just don’t have time for these arguments. You will see everything yourself.

The slaughter of the next wave of “volunteers”, formed from now a completely unusable contingent, which will begin to run away after the first battles much faster than the first recruitment. Then an awkward pause to come up with an explanation for why we starting advancing even more slowly. Then humiliating attempts at negotiations. Then, finally, mobilisation in the Russian Federation, even more monstrous than the current “recruitment of volunteers”, because the same people will be involved. And yes, races towards Ukrainian machine guns by unprepared mobilised for the first anniversary of the start of the SMO. Again without communication, without personal protection, without normal training, without normal management…

Despite the questionable results that mobilisation might bring, Murz believes this will at least prevent the frontline from starting to roll back and Ukraine getting initiative. (Note: we believe this will happen regardless, however). Finally, he makes an ominous conclusion by suggesting the Russian Federation is “in the a*s”:

If there will be no mobilisation in the Russian Federation – the frontline will not just stop, but will begin to slowly roll back in places in the opposite direction. To the sounds of “Kalibrs” flying over the heads of the ukrops somewhere into their rear.

This is a war to destroy Russia, no one will agree to any compromise peace, unless the very fact of its agreeing is included in the mechanism of a coup d’état in the Russian Federation. And this war, with excellent chances of winning our leadership has every chance of squander.

As for the texts, I will try to finish in the foreseeable future the text about communications, about why it does not exist, and I hope I will somehow have time to write about the drones that do not exist. And so in general there is nothing to argue about, there is nothing to prove. There are people who understand what kind of ass we are in, and people who have moved to another reality, with their information servants following them.