Here at WarTranslated we’ve covered the livejournal blog of an old-school “LPR” blogger and volunteer Murz (aka Andrey Morozov) on a number of occasions. Murz is an engineering guy who repairs and accumulates various communications equipment for the so-called Republic’s Army Corps, and has been involved in the process since early 2000s, way before the republics emerged in 2014.

His reports are often eye-opening as Murz doesn’t spare words to describe the real state of affairs in his blog. On 7 August, he published a post detailing the current situation with communication devices in the “LPR” forces. Mainly, he says that the essentials such as tank intercoms have run out, and existing radio stations that are being used come from the Soviet era, such as the R-123 tube radios.

Some things look quite apocalyptic, yep. Impressions of the past days add up to a picture, which, for the uninitiated, appears as apocalypse tomorrow-if-not-today, but the organisms like myself who are accustomed to the amazement are not surprised by anything anymore.

The armaments folks called in. The supply of spare parts for small arms didn’t exist before February, and still doesn’t, but now also the LPR military stores have been either completely swept, or closed. When mobilising everyone into the army, it would probably be reasonable to presume that the absence of skills in handling and preserving weapons would lead to a need to have these spare parts in significant amounts. But no.

By the way, yes, in the Republic, another round started of catching the peoplewho are called upon to compensate with their premature deaths or injuries the service incompetency of those who planned the SMO, and a lack of desire of the RF to start a mobilisation in the RF. It gets funny at times, like in February: the mobilisation of people from telecom companies paralysed the work of state departments, leading to the entire chain of government agencies to get their stuff together and play it back… Factories, although in places launched with tremendous efforts, can be closed/shut down again, since replacement of the mobilised with “individuals displaced from the liberated territories” is of course a really fun attraction, but this vicious anecdote has nothing to do with the working progress. In general, it’s fun.

I don’t know how many people will be caught this time, but I have a full impression that when by the end of the year some form of mobilisation will start in the RF, the mobilised Russians will go to fight with, yes, shovel handles. As I already said, the generals that grew up on the movies of Ozerov [Soviet film director] have now finished, and those we have will be reproducing Mikhalkov’s [Russian contemporary film director] “masterpieces”.

I was recently in a workshop where signalmen of the 2nd Army Corps of the LPR are repairing R-123 and R-173 radio stations from combat vehicles. No, they do not give the restored R-123 tube radios to a museum after restoration, they put them back on tanks. To fight. Because the RF did not prepare for war, and there’s nothing else to put on tanks, while the AFU even on the last of their “BRDM”s [combat vehicle] have a digital “Motorola” adapted as a tank intercom, instead of the old junk. The whole of LPR People’s Militia had only one motorised rifle battalion which could do something like that – it was our “Prizrak”. The result was that in 2021 at the training grounds, “Motorolas” were asked to be taken off and the old junk to be installed, though there were plenty of base and portable digital radio stations for controlling vehicles. “Not allowed!” [they said]. 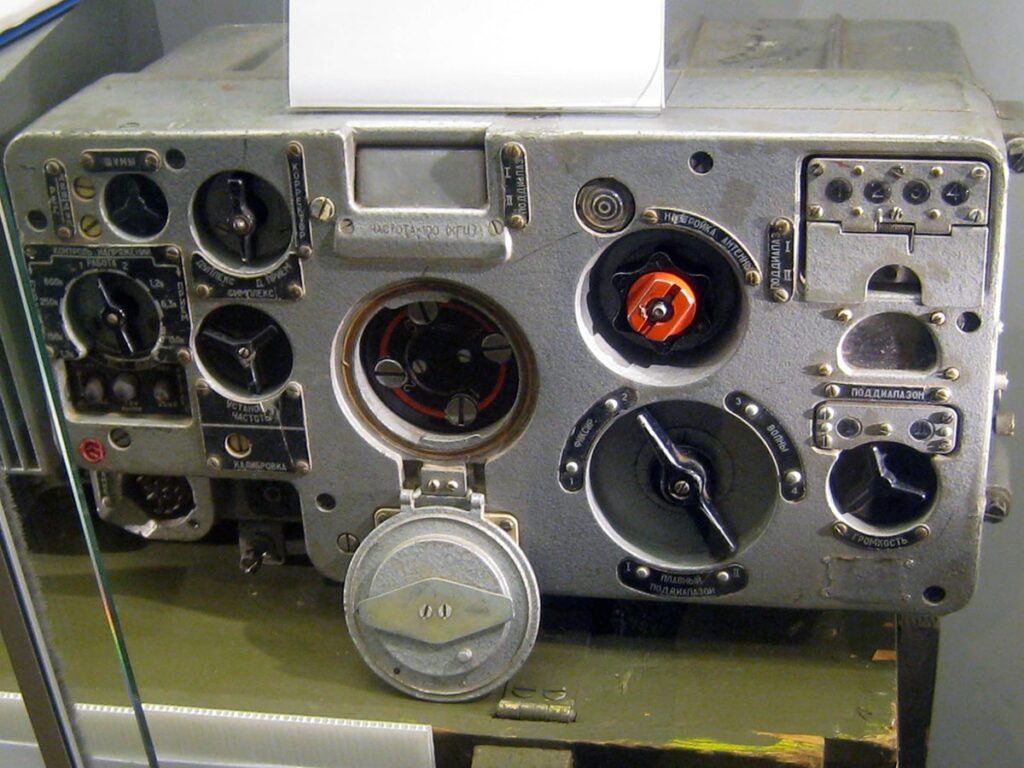 Only in late spring of this year our signalmen finally found the time and brought back proper comms to the vehicles. Now, using trophied “Lybids” [“Lybid-1” radio], transitional platforms, and no less trophied “Motorolas”, this slowly started happening with neighbours [i.e. other units]. In singular quantities.

Of course, the infantry have nothing but the R-159 to communicate with tanks. Tankmen and artillerymen along the whole frontline are frantically looking for at least some portable radios operating in the 30-50 MHz range. Things that the KTsPN [Novorissiya volunteer organisation] brought before 2022 immediately became a drop in the ocean of “things urgently needed yesterday”. And of course, it’s not even about the numbers of the R-159s, but about the amounts of decent batteries for them, and the number of charging devices. Old ones, god knows when made. Replaced by devices such as Imax B6, but these Imax B6 still need to be bought and brought and people taught how to use them.

However, signalmen from the tank battalion called next, and now I realise that no one will survive until the problem with radios actually emerges, since headsets have run out too. And no, dear reader, a headset is not a cloth cap with foam inserts protecting the head of a tankman. It’s a cloth cap with foam inserts in which a tank intercom device is installed, which connects to the intercom via the appropriate connector. And through this intercom the tankman speaks to other crewmen, and if necessary gets into radio contact with other vehicles, infantry or command. Head phones, throat phones, etc. This all has run out. The working “stuffing” of the headsets has run out. Everything possible has already been taken off the winter headsets and put into the summer ones. And that ran out too. And there are no supplies.

You already know everything about the intercom tangents, I covered the topic many times.

So, in principle, there are no doubts about the fate of the remnants of the “tank relics”. Without communications, these miserable remnants will be finished off.

And everyone will get medals and new military ranks for this.

And then Prigozhyn [Russian oligarch, founder of Wagner PMC] will make a movie on how “Wagner” defeated everyone. Same sh*t as “Solntsepyok” [“Hotsunlight” – Russian movie about events of 2014 in the Donbass].

And everyone will be happy, which will be somewhat disturbed by the distant cannonade coming from the front, where people will continue to die.

Keep us updated, Murz! We love to hear from you.