Interview with Eugene, commander of a mortar crew of the Ukrainian Territorial Defense Forces

in Video
|
by Volodymyr

Interview with Eugene, call sign “Spaniard,” commander of a mortar crew of the Ukrainian Territorial Defense Forces. The video was published on 21.07.2022 by Yuriy Butusov. It was filmed during Severodonetsk’s battle directly from the city.
Translation kindly brought to you by Volodymyr: https://twitter.com/VolodyaTretyak

Interviewer(I): Eugene, in what unit are you fighting in Severodonetsk?

(I): Fancy name, but in fact, it is the real infantry, which now does the heavy fighting for Severodonetsk. Please tell me your military specialty. What do you do?

(E): I’m a mortar officer, commander of a mortar crew.

(I): Have you ever been in combat?

(E): I hadn’t fought before and only had experience in the four months of the war. But I had something to do with the army in my previous life; I was a Kyiv fire department chief. So it’s the same service, but without the gun.

(I): By the way, I see you have a Svoboda patch (on his chest – remark). Did your friends give it to you?

(E): Yes, my fellow service members gave it to me. 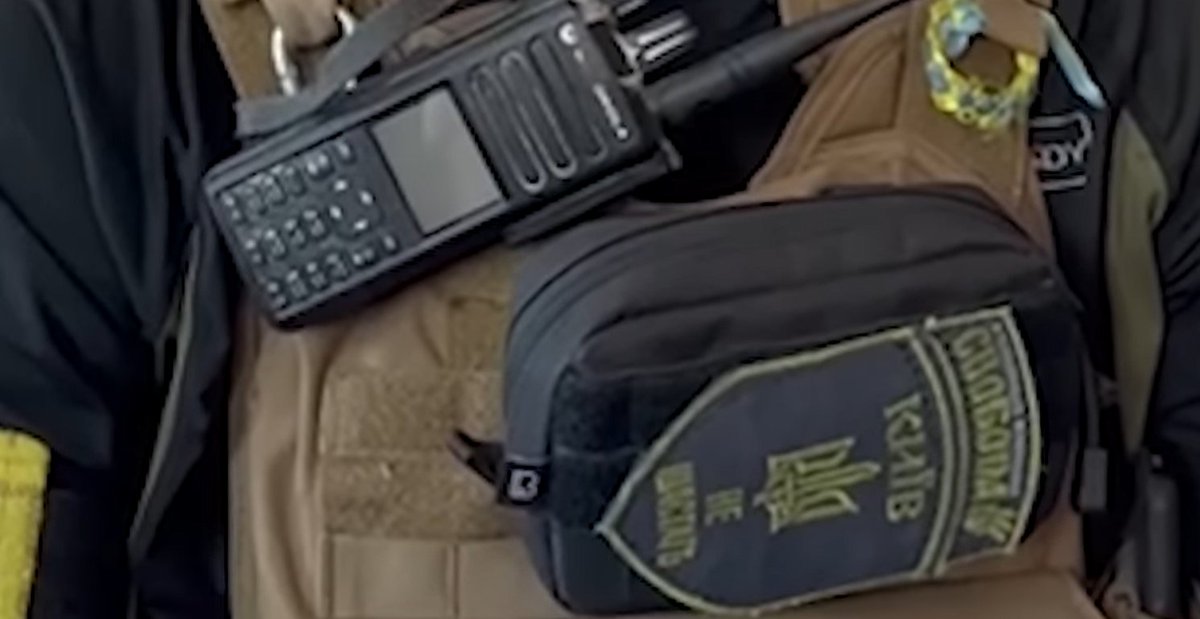 (I): That is, you were a peaceful man before the war. Your profession was fire-fighting; it was paramilitary protection, but not the army. Tell me, how did the war start for you? How did you become a warrior?

(E): It all started on the 24th when several Russian missiles flew into Kyiv. Almost on that day, I sent my whole family to my parents. I went to the military registration and enlistment office in Boryspil, where there was a very long waiting list and a lot of people who wanted to join, we did not get in, and on the 27th, we arrived at the academy on Bogun street as a TRO unit. That was the beginning of my service in the Armed Forces of Ukraine.

(I): What are your impressions of the war? What impresses you the most here?

(E): Everything impresses me; it feels like the day never ends. It goes one day a few hours you slept. And again, you have combat tasks and have to do something. Impressed?… The impression, I would say, is not very pleasant. Because the soldiers who are considered servicemen laugh at us because we drove in passenger cars with no armor, guns, or anything. Only heavy armor, armored personnel carrier (APC), and Cossacks (Ukrainian APC) work here… It amazes me a little bit. When our commanders knew where they sent us, they might have given a little more than they did.

(I): But you keep doing combat missions in the center of Severodonetsk, and your unit is right inside our combat ranks. Still, the presence of spirit in TRO Pechersky is quite powerful. Do I understand it correctly?

(E): Our guys are very strongly charged; they are good, thank them very much. We have got one more family here. You will have them here if you don’t have a brother or sister. But everything has it’s own “but”. There’s not enough hands-on experience. I wish people like me on the home front were given a lot more of the practical part. Not theoretical, but practical. More shooting, more pointing. More practice, in a word. And everything else will come later. We have what we have.

(I): What gives you motivation in war?

(E): Motivation is so that we reject our enemies at the turn of ’14. We must conquer by all means to be considered by the whole world Donetsk, Lugansk, and Crimea. There is no other way. I am motivated by the fact that they are coming at us. I’m fighting for my relatives, loved ones, homeland, and our land. That is my most important motivation. We don’t need anything else.

(I): Thank you, friend. Glory to Ukraine.