in Media
|
by Volodymyr

An informative interview from today regarding Soledar with a sergeant of the 46th Airmobile Brigade, Oleksandr Pohrebyskyy. He talked about the reasons for the situation in Soledar, occupants without equipment, his brigade, and the “not a step back” policy in Wagner’s army.

(Interviewer): Mr.Oleksandr, thank you for agreeing to talk, and I will start with the main question: who controls Soledar now?

(Oleksandr): The Armed Forces of Ukraine fully control the situation [the conversation was recorded at 12 o’clock on January 11 – remark]. It would be incorrect to say the current situation as the fighting continues.

It is a bit funny to watch the enemy’s statements because it happens that a bunch of “Wagnerites” will run in, infiltrate into some building in the industrial zone, and, while we have not yet had time to “smoke them out”, will record a video. And the next day, we will find out they are “two hundredth”.

Fighting and operations are going on there now. If I talk in detail about what and how I will harm the guys. But the situation is controlled by the Armed Forces.

(I): “Fighting continues” – that is, Russians do not occupy the city?

(I):  Can you talk about the percentage of the city that is currently controlled by the Ukrainian army?

(O): It would be incorrect. And besides, the situation can change in half a day. The dynamics are very high.

(O): I was evacuated two days ago with hypothermia [in the Donetsk region, it is sometimes -17 degrees] and contusion [coughs loudly]. There was an arrival of cannon artillery at us, but after that, I still remained to lead the people. Then, due to hypothermia, I started to shake a lot and could not do anything about it.

(I):  How do you, your sworn brothers, feel emotionally about such a difficult defense of the city?

(O): Our brigade is already called steel because we have the best guys [smiles]. They are very motivated, and they feel the support of the command. Our commanders, combatants, and brigade commander are always with us on the battlefield. In our country, if a unit goes out, absolutely everyone fights.

(O): We have mobilized about 80%. In our first composition, there was mostly operational reserve of the Air Assault Troops, that is, people who served in the Air Assault Troops before the full-scale war began. I, for example, did in the 95th. But after the assault actions in the south, the liberation of Mykolaiv and Kherson regions, and the approach to the Dnipro, we had many wounded.

Therefore, many new, young guys without experience came. But properly built management (thanks to the brigade) allows you to trust the commanders and motivates people to go to the end. Everyone here knows that he will not be left behind.

(I):  Is the 46th Brigade currently the only one holding the defense of Soledar?

(O): No, there are neighbors, but we are the ones who show the highest efficiency.

Probability of encirclement and quality of the enemy

(I):  The potential encirclement of the city has been actively discussed for several days. As a person from inside this defense, tell us how possible it is?

(O): It was, but we are leveling the situation. Our unit did not sink and did not go anywhere. We have been standing, and we are still standing.

Our brigade has a very powerful battle management, and all commanders are in their places. Logistics, surveillance, and reconnaissance are well established. This allows us to hold our positions around the clock. We even planned an assault, that is, the restoration of positions.

But there was such a situation that our neighboring units on the right and left were not as effective as we were. Therefore, the enemy managed to bypass us on the flanks. Yes, it was possible [potential encirclement], but now the situation is changing.

(I):  And, in your opinion, is the situation changing for the better?

(O): Yes, so far the dynamics is positive. Let’s see what will happen next. Their tactic is to send people to die, both “prisoners” and “Wagnerites”. As much as I saw their “200s”, they were without first aid kits.

There was their car, which was breaking through with ammunition, it was just a suicide… When we approached them, the dead, we saw that the driver and other soldiers were without body armor, without helmets, with one magizine in the machine gun.

In very close infantry battles, we heard their commanders shouting: “Not a step back; we will shoot”. We heard and saw it with our own eyes.

Wounded “prisoners” talked through the walls with our guys – they said they were paid $ 400 for a “one-way ticket”.

(I): There was also information that the Russians brought additional airborne units to the Bakhmut direction. Have you seen them?

(O): No, we have not seen any paratroopers. As for the assault groups, i.e. infantry, which engage in combat clashes at close distances of 20-30 meters, we do not see any regular soldiers among them.

I do not know how many of them we have destroyed. Just two days ago there was a powerful infantry attack… I do not know why they do it, but we must draw some conclusions. What is the point?

(I): Have you discussed the option of leaving the city to avoid encirclement?

(O): I am the chief sergeant of the company, such things are not discussed with me. The command probably discussed it, and different options are being prepared.

(I): Is the Bakhmut-Siversk highway, which runs through Soledar, currently under Russian fire control?

(O): Minus [that is “no” in military slang]. There was such a period, but as far as I know, the situation has stabilized.

(I): That is, logistics still work? Is there a way to bring ammunitions, people?

(O): Everything, absolutely everything in this direction, works.

(I): Since August, Soledar was almost an impregnable fortress in the Bakhmut direction, in particular due to the efforts of the 93rd Brigade. At what point did the situation deteriorate sharply? What went wrong?

(O): As far as I know, the 93rd Brigade is very powerful and mechanized, with experience in the Donetsk direction, Opytne, Donetsk Airport. They have a lot of experience in both defensive and offensive actions. Therefore, when they stood on their borders, it was not a problem for them to restrain the enemy.

I understand that they are replaced by new infantry units, infantry brigades, where there is often a problem with management and control. I cannot say that this is someone’s fault because we are forming all these units in the dynamics, and commanders may not have combat experience.

But from what I see, the command is trying to dilute experienced units or quickly send experienced brigades to where there are problems.

(I): According to my information, it was a surprise for the Ukrainian military that the Russians broke through the flanks from Yakovlivka, which is located north of Soledar, and Pidhorodne, which is south of Soledar.

Do I understand correctly that these were the areas where the newly formed units were located?

(I):  That is, the reason for the breakthrough of Soledar’s defense is that untrained military was deployed in some areas?

(O): Perhaps so, but I was not in these units, I do not know exactly about their level of training.

But what is the most important thing in a unit? Established communication, level of management, adequacy of commanders, moral and psychological state of people. It is necessary to work on all this before sending the unit to the hot areas.

(I): And when did the escalation in Soledar begin – somewhere before the New Year?

(O): Somewhere like that because on December 31, we were given the task to go and take the lines on January 1. We could not even celebrate the New Year [smiles].

We had just returned from Kurdyumivka [a village south of Bakhmut, the dominant height] where we successfully stormed the enemy positions. More precisely, in front of Kurdyumivka, we regained control there, consolidated our positions, and were replaced by infantry units.

(I): If you have already mentioned Kurdyumivka, tell us how the situation is developing south of Bakhmut? Is it true that the Russians are mostly along the Siversky Donets-Donbas canal and managed to cross it in some places?

(O): We are not there, but from what I see on the maps – yes, there is such a situation. But it does not bring them much strategic success; it causes more damage to their infantry.

Strategically speaking, after the enemy left the Kyiv region, we are winning.

Their work in the Donetsk direction is not strategically clear to me. It looks more like political bonuses for certain individuals, in particular Prigozhin, who wants to curry favor with Putin. And to show that the PMC unit has a higher efficiency than regular troops. But this is nothing.

I am sure that the Armed Forces of Ukraine will reset this story very soon.

(I): Last question: if the Russians push Soledar, how will it affect the defense of Bakhmut, now called the east’s main fortress?

(O): Tactically – in no way. I do not see that this will open the possibility for them to surround Bakhmut from that flank or take control of the highway [Bakhmut – Siversk]. 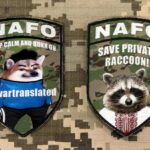