in Intercepted calls
|
by WarTranslated

This is evident from a WhatsApp conversion of a Russian invader, which was intercepted by the SBU. 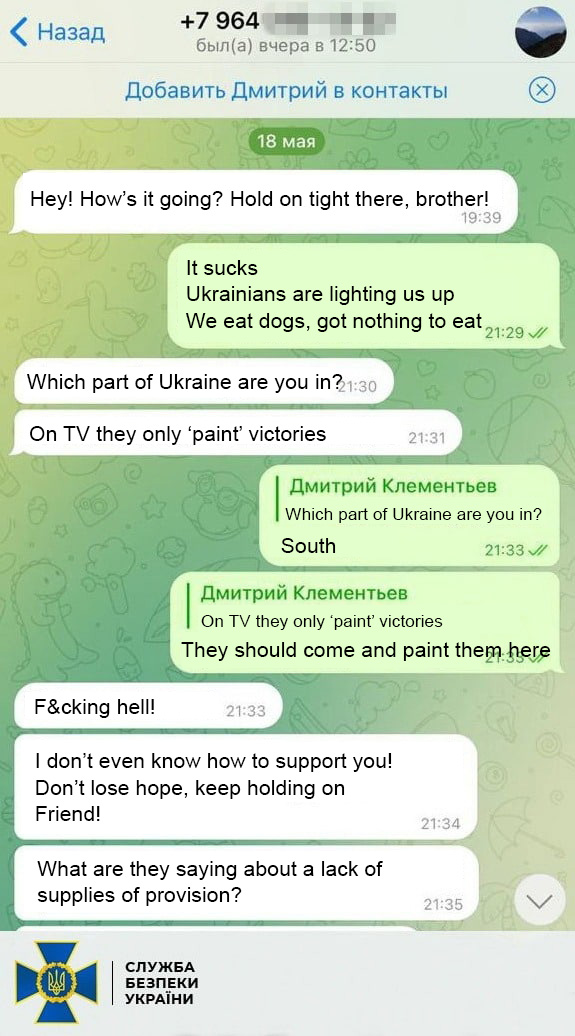 The soldier, who is located in Kherson Oblast, is messaging his friend, on a number of occasions in May this year. He admits to eating a Yorkshire terrier.

According to the invaders, they have no food, because the army logistics are lacking, and the provisions “are simply not being delivered”. 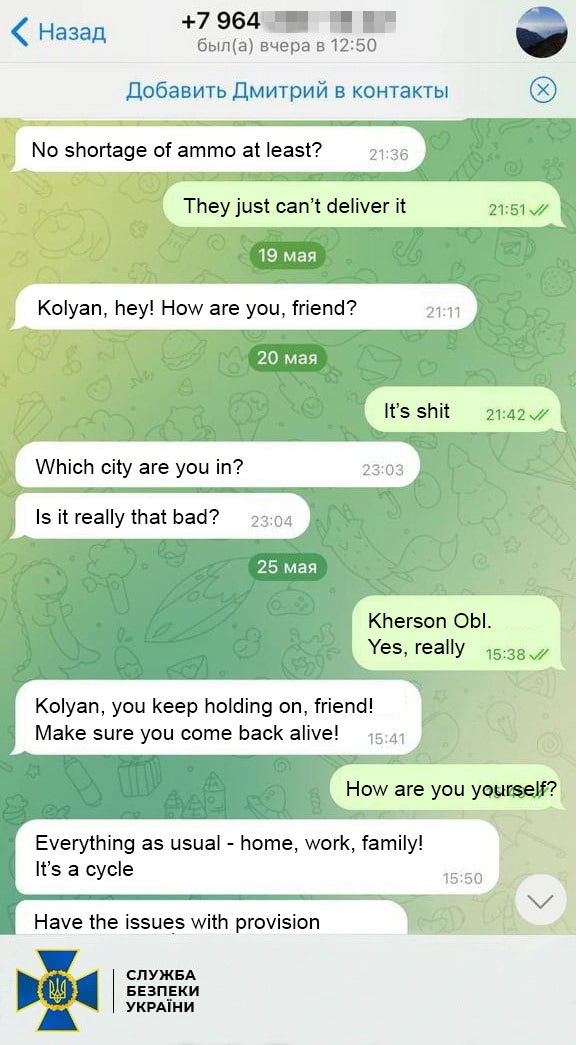 This contrasts sharply with the “victorious” picture, which is broadcast on Russian television, which the soldier appears quite disappointed to hear. 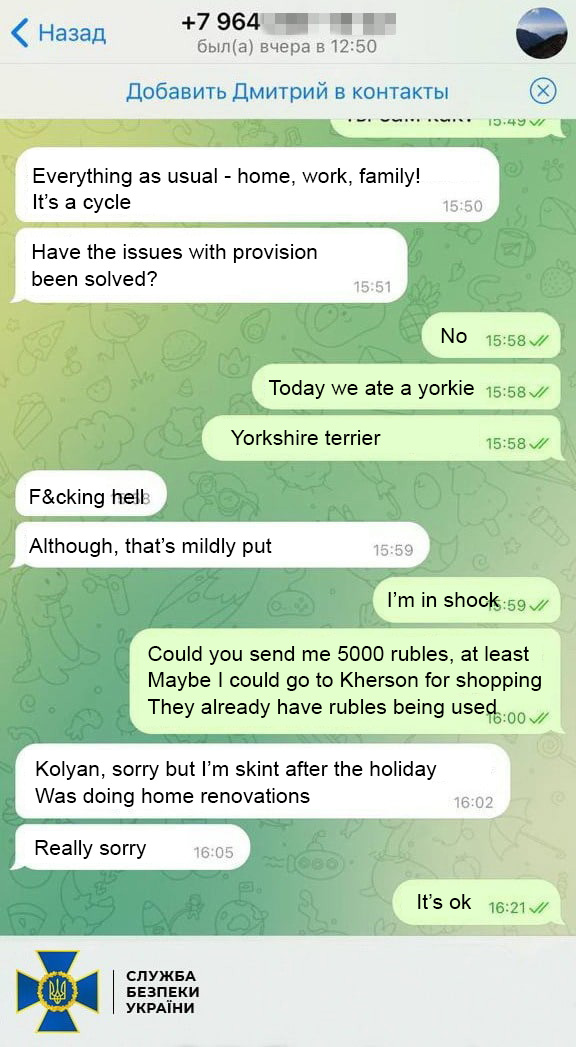 To get the food, the invader asks his friend to borrow him a sum of money – roughly equal to $50. However, the friend is too broke to help.