I spoke to people who left Kherson shortly before the invasion. Here is what they said.

Since the start of Russia’s 2022 invasion of Ukraine, over 30,000 Ukrainians found refuge in my home country of Estonia. This is a comparatively large number of people considering the fact that in total, Estonia’s population slightly exceeds 1,3 million people. Estonia’s support for Ukrainians fleeing war is extensive, and in military aid Estonia is one of the biggest contributors to Ukraine’s arsenal when taking into account the country’s own stockpiles. Indeed, Ukraine’s fight against Russia enjoys a seemingly wide popular support in Estonia.

Recently I had a chance to speak to a group of people from Ukraine who migrated to Estonia shortly before the invasion began. Apart from one person in the group, none of them are strictly war refuges as one left Ukraine in 2014, and three more in September 2021, yet the timing of their move was still fairly close to the events of February this year, so they had some thoughts to share.

Before describing my brief chats with them, I need to tell you how I met them.

In Estonia, Midsummer day in June is a very popular public holiday which follows the longest day of the year during summer solstice. People from across the country leave cities to spend time in numerous forests, near lakes and sea shores of Estonia. They grill meat, they party and generally enjoy the good weather which is fairly rare in this region. 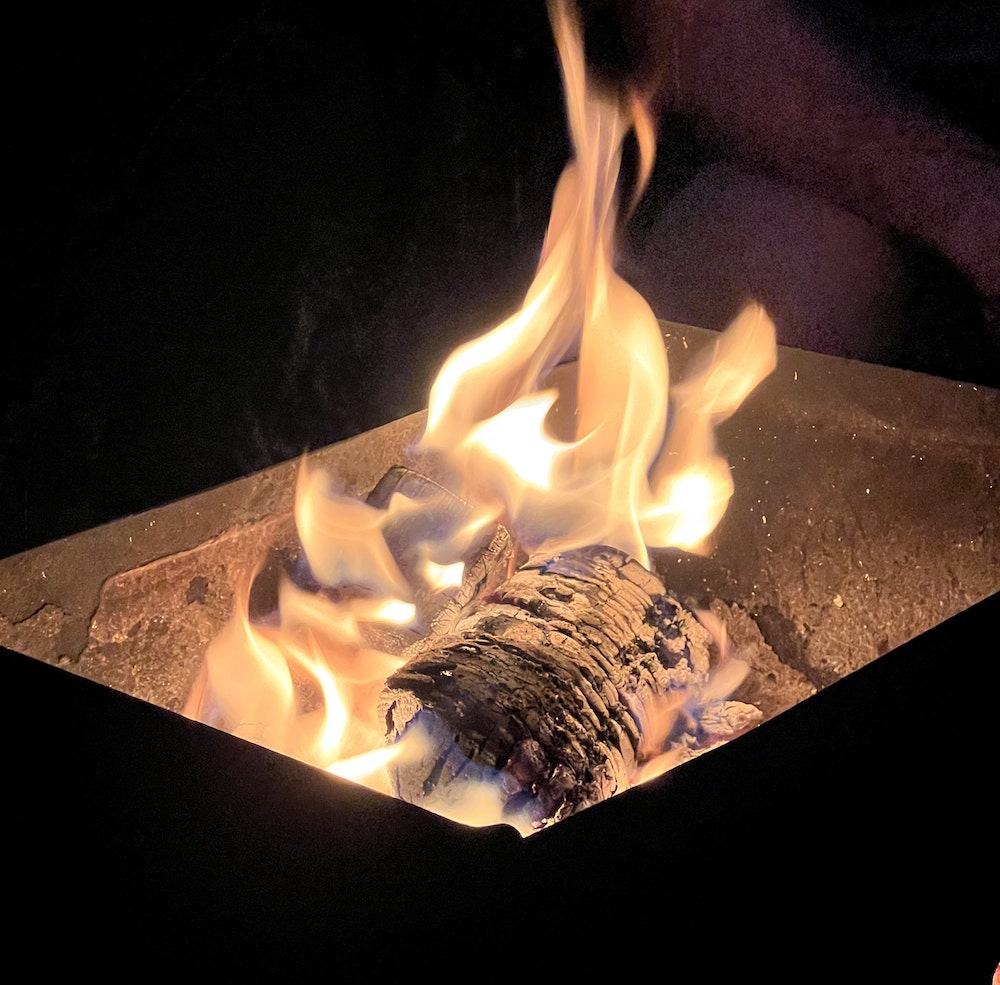 Celebration of the Midsummer of 2022 brought me together with this group of Ukrainians. We connected through my school friends and their parents who work in the same factory as two of the Ukrainians.

As I mentioned, there were five of them. Three form a family, with father Oleksandr, mother Emma and their daughter Nastya. Nastya is around 20 while her parents are in their early fifties. Together with them were another two people – Nastya’s boyfriend Anatoly, 22, and his sister Irina, 17.

All five come from the currently Russian-occupied city of Kherson. First to come to Estonia back in 2014 was Oleksandr, who later brought with him his wife, daughter and his daughter’s boyfriend. The last to leave Kherson was young Irina, she briefly witnessed with her own eyes the capture of Kherson by the Russian forces earlier in the war. I’ve managed to sneak in a few question to them regarding their experiences but kept it low key as I didn’t want to ruin the celebrations.

Most of all I managed to speak to Oleksandr, the father of Nastya. Oleksandr works as an industrial painter in Tallinn’s shipbuilding facility, preparing ships for various international orders received by the yard. Oleksandr is a regular bloke who works hard and loves a drink. Oleksandr is no different than millions of men in the post-Soviet space. His opinion of the current conflict was perhaps the most pragmatic and sobering for me personally as I got used to expecting total unity from all the Ukrainians I meet.

Oleksandr moved to Estonia in 2014, shortly after the Revolution of Dignity in Kyiv. He left his family behind as he needed to earn a living to support his wife and growing daughter. From his own words, he does not like the current Ukrainian authority very much. He says they are thieves no less than Yanukovich (ex president deposed in 2014) and that there is nothing good for a layman to expect from them. Oleksandr had to leave Kherson as there were few jobs for him there, and those jobs wouldn’t let him have a decent life. In Estonia, he found jobs, although not as many as he wished for. But in Kherson, as Oleksandr says, it was worse.

Oleksandr believes that after 2014 the powers in Kyiv started imposing their opinions on everyone else in the country, and admits that in his view the overthrowing of the government during Maidan was illegal. He said what works for Western Ukrainians does not necessarily apply to Ukrainians of the East. To my question of whether Western and Eastern Ukraine are different, Oleksandr answered positively. He said they are unlike each other and Westerners coming to the East during the events of 2014 was not a good idea.

Being a Ukrainian, Oleksandr still believes that Ukrainian authorities want to cancel the Russian language. He does not go into specifics however, and just says that when he had jobs in Western Ukraine, locals would mock him for speaking Russian. They didn’t like it and preferred everyone speaking Ukrainian.

As for support for the invading army in Kherson, Oleksandr believes the local population is split around in half, with about 25% being completely indifferent. Oleksandr has a cousin in Kherson, who he said was a staunch supporter of Russia and was ready to go out with the Russian flag immediately. As Oleksandr admitted, “this bastard will go with everyone who allows him to steal”.

Despite this critique, Oleksandr does not choose Russian side and does not support the current war. He said that questions like that could be solved with other means and not war. Deaths of thousands of people could have been avoided. Oleksandr is not for Russia, and does not seem to be for Ukraine either. In fact, none of whom I spoke to at any point said they supported Russia, even if their support for Ukraine was minimal. Oleksandr believes that in Kherson, the vast majority of people really don’t care about either side, but rather want a decent life and for the war to end. He said the same applies to people in Donbas who at this point are too exhausted from the conflict that has now been going for almost a decade.

Oleksandr’s biggest fear right now is the advance of Ukrainian forces on Kherson. He says that if it was given to Russians without a fight, then so be it. Ukraine returning would mean a military offensive which will inevitably lead to more deaths and destruction. Oleksandr does not want more war for his home city.

Going back to the popular support of either side, Oleksandr said that support for Russia usually wanes as the age of a responder decreases. According to him, his daughter Nastya was not like him at all, and that she was a very active opponent of the Russian invasion. Younger generations who never saw USSR tend to completely deny any semblance of Russia’s superiority over Ukraine, as Oleksandr admitted. On the other hand, those who lived through the Soviet times, are more open to the ideas pushed by Russia. Oleksandr’s daughter Nastya is extremely pro-Ukrainian. Sadly, I didn’t have much opportunity to speak to hear.

Her boyfriend Anatoly shared a few sentiments with me however. At 22, he works at an industrial plant similar to one where Oleksandr is working. What surprised Anatoly after coming to Estonia was seeing just how much support for Russia there is among some locals (predominantly Russian Estonians) who work together with him. He said this went completely against his expectations of everyone in Estonia being against the war and Russia in general.

Anatoly staunchly denied his support for Russia but I felt that he probably shared some of the feelings expressed earlier by Oleksandr in that life in Kherson was not easy by any stretch of imagination. At a certain point I caught myself feeling slightly ridiculous trying to explain to a Ukrainian why Ukraine is a much better choice for him than Russia. He seemed somewhat doubtful though never said it directly. Again, he made it clear he did not support Russia. But just like Oleksandr, Anatoly believed that life for those in Kyiv was very different for Ukrainians in other, smaller cities, and what you see in the capital does not translate to the whole of Ukraine.

Emma, Oleksandr’s wife, was fairly quiet but displayed more liveliness when I explained to her what I was doing with my project WarTranslated. From this I judge she is very much pro-Ukrainian, unlike her husband, who was at times quite vocal with his critique. Emma seemed to enjoy the smaller things in life and did not mind living in Estonia, which she found comfortable, though still wanted to go back to Ukraine one day.

Irina, Anatoly’s younger sister, did not have it easy in her last days in Kherson. At one point during the commute to the location of our Midsummer celebration we stopped at an open-air war museum arranged by a local Estonian using equipment he found all across the country. Sadly, he wasn’t there, and the museum was not open, but it had some older Soviet military vehicles parked outside which we had a chance to climb into.

As both Oleksandr and Anatoly told me later, Irina hated the museum. She was the last to leave Kherson and witnessed Russian troops entering the city. Still a child at 17, the images of massive vehicles with guns traumatised her, and despite its poor state the equipment parked outside the museum triggered some disturbing memories in her. She did not want to be nowhere near them or this museum in general. 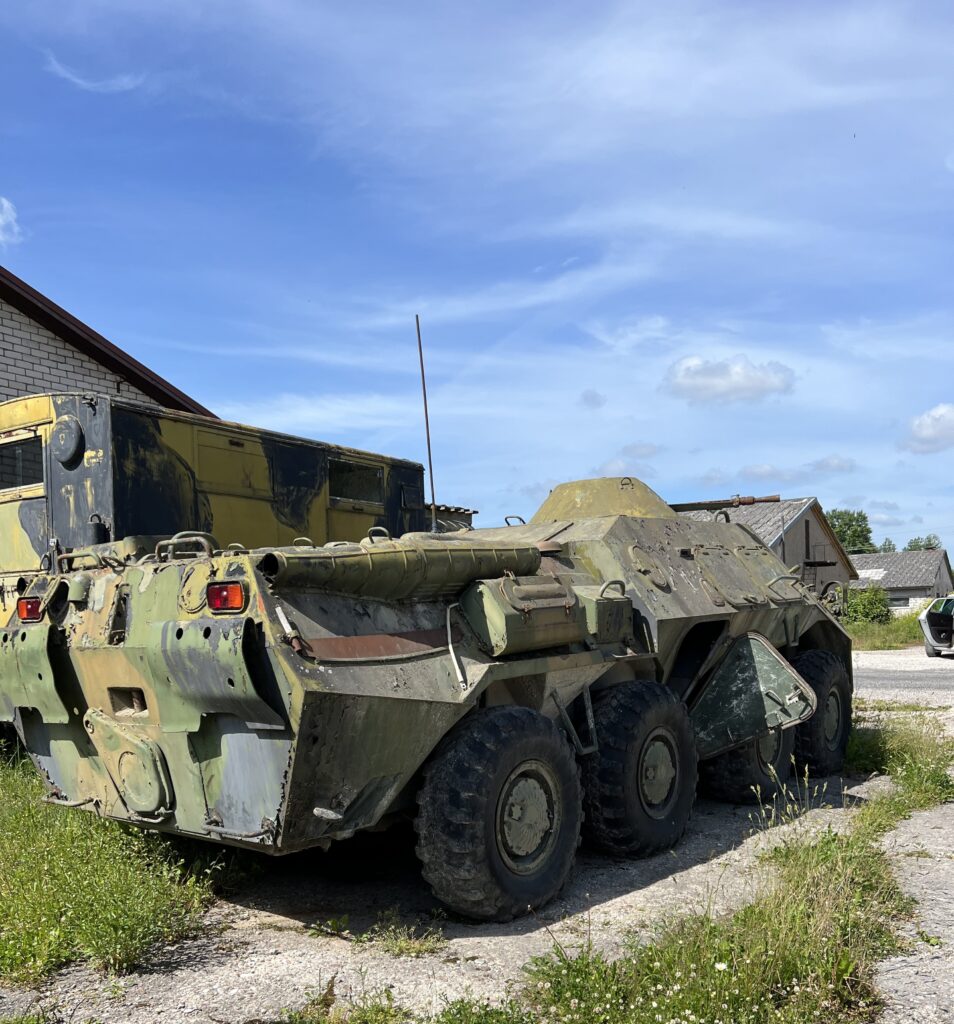 I wished I could speak to them more but believed it would be out of place. Many people in our group preferred we kept to more neutral topics, so I respected that.

What struck me however was Oleksandr saying how he did not want Kherson to be in the crossfire of the war once again. In the West we got used to thinking that Ukraine must liberate all of its captured areas which, while sounds reasonable, it does not take into account the lives of the people who still live there. I do not believe for Oleksandr the question of who his city belongs to was as important as its safety, and we should remember that and try to find diplomatic ways to liberate occupied areas wherever possible.

We are getting used to having to pick a side in the conflict and dividing people into groups based on their choice, but for many in the epicentre of the war, especially for those responsible for safety and prosperity of their loved ones, there is no side to be chosen. Their only objective is to ensure they can see another day and preserve their homes.

There are millions of people like Oleksandr in Ukraine. In my view, for Ukrainian authorities the most important objective is to unite and not divide the people of their vast and great country. So far, the events of the war helped with that, but there is more unity to be achieved. It would be reasonable to choose the approach that would prevent Russians from exploiting divisions in Ukraine and display compassion and support to Ukrainians regardless of their location and native language. Otherwise, millions of people like Oleksandr might feel even more disillusioned and alienated.