How Putin use sport events for aggresive actions?

in Video
|
by Volodymyr

Fascinating video from Ukrainian journalist Serhii Peichev about how Russia used sport to achieve its bloody and imperial goals. The video is 20 minutes long, so here is a summary, kindly provided by Volodymyr: https://twitter.com/VolodyaTretyak

First, we need to go back to 1936. Nazi Germany organised the Summer Olympics.
While Germany was becoming antisemitic, many participants of Jewish descent refused to go to Berlin. There have been boycott threats in some countries, but the president of the International Olympic Committee (IOC), Pierre de Coubertin, came to Berlin and showed his support.

Hitler invested a lot in the organisation. At that time, it was the best Olympics ever held. All antisemitic signs have been removed from Berlin for the time of the event.
We always have this national feeling of unity in sports once our team wins. Germany won the Olympics. Hitler used that feeling to build his ideology that the Aryan race is the best.

Back to the 21st century. While everyone watches sports events, Putin tries to launch aggressive wars. In June 2008, Russia got to the semifinals of the 2008 UEFA European Football Championship (which was a big success for them). One month later, on 01.08, Russian forces entered Georgia. 08.08 there is Olympics in China – a significant event that makes the world forget about Georgia. In the meantime, Russia still participates in the Olympics and talks nonsense about the People’s Militia (Opolcheniye).

IOC later condemned the Olympics in 1936 and said it was a mistake. But it doesn’t seem they learn from them. They didn’t mind Russia organizing the Winter Olympics in 2014. Similar to Germany, it was the most expensive (more expensive than all Olympics combined!) event in History. Some countries have tried to organize a boycott. Most European leaders refused to go to this Olympics. The Ukrainian biathlon team wanted to participate in the race with black armbands in memory of Maidan victims, but IOC did not allow them to. The team refused to participate. Euromaidan was happening at the same time as the Olympics.

A few days before the Olympics ended, “green men” appeared in Crimea. A few months later, Russia created fake republics in eastern Ukraine. He is what the Ukrainian vice admiral said about Russian groups in Crimea: 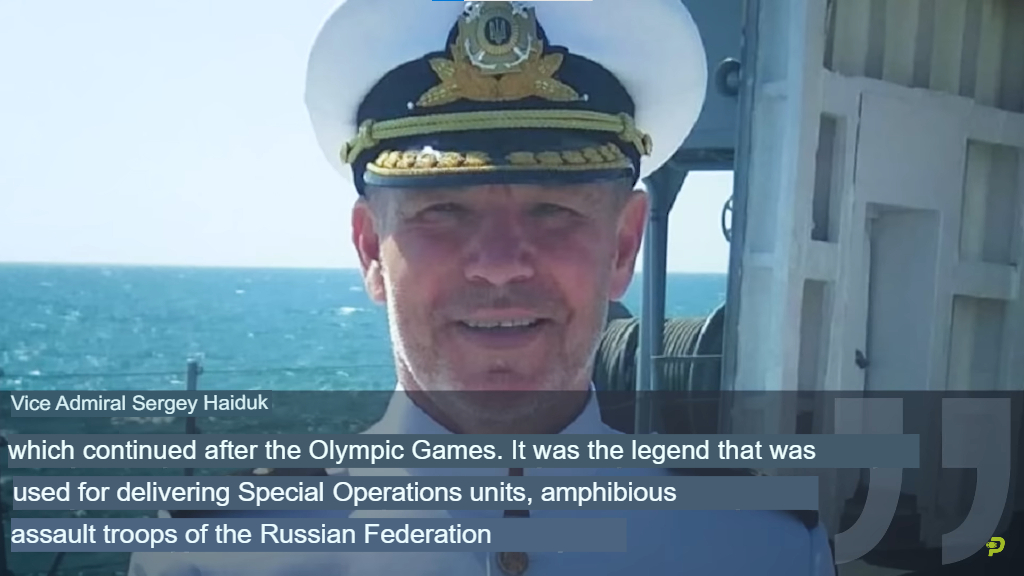 It confirms that Russia directly used the Olympics to occupy Crimea.

Despite everything, the FIFA World cup 2018 was held in Russia, and there has been evidence that FIFA chief Blatter has received a reward for his attitude. According to UK intelligence, the Russian oligarch has bribed FIFA to select Russia as the tournament host. For two reasons, Putin wanted to host the event: stealing tons of money and a clean Russian reputation. To show they could respect other nations. By the way, Nazi Germany applied to the 1942 FIFA world cup. Of course, the tournament was canceled.

2022 Olympics in China, Putin came to the event. There are many rumours about what he discussed with Chinese leaders. In antiquity, Olympics symbolised peace between countries. Unfortunately, for a dictator Olympic games is a tool to cover their bloody plans.