How do most Russians perceive Putin?

in Opinion
|
by Volodymyr

I will try to understand what people in Russia think about Putin. My thoughts are based on my experience reading/watching the Russian internet and real-life conversations with Russians.
The perception of the President in Russia is entirely different from any democracy. I believe that person raised and that lives in a democratic society can not imagine the scale of the disaster.

I would say that Putin in Russia has made himself something like God, a holy person.

First, he publicly denied any personal relations with people. He doesn’t have a wife (officially since 2013), and his children have different surnames. He always avoids questions about them. Putin is always alone. It probably implies that the President is entirely involved in his duty. It feels like he is doing a holy mission.

Secondly, the President of Russia is ultimately out of ordinary life, out of any casual context. He can not appear in the late-night show like U.S. presidents did or in the Russian propaganda T.V. show where everyone praises him. One of the few settings for the interview, which we can imagine, is an interview in a palace, like in the following picture: 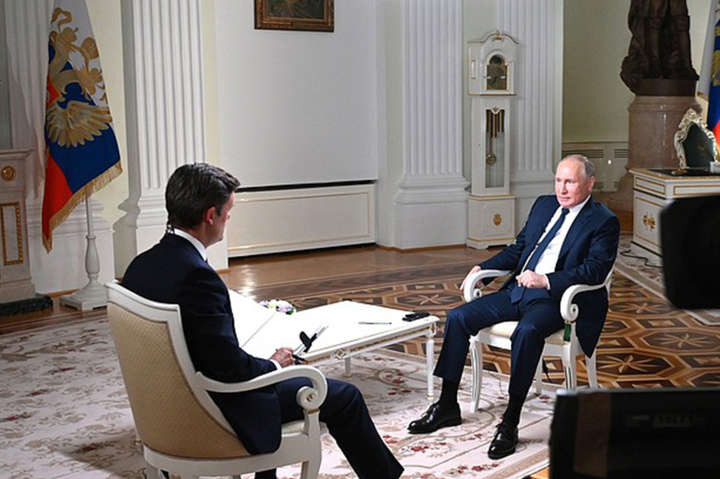 Also, you won’t see Putin riding a bicycle or doing anything in public like the European countries’ leaders.

Third and the essential thing: Putin is never guilty of anything. That’s what exists in the minds of the people. I used to watch some Russian reports from impoverished places. But they never blame President for this. For example, look at this older man from Kamchatka from the Vdud YouTube video. He lives like a homeless in a communal apartment but says, “I like Putin. He restored the army”. 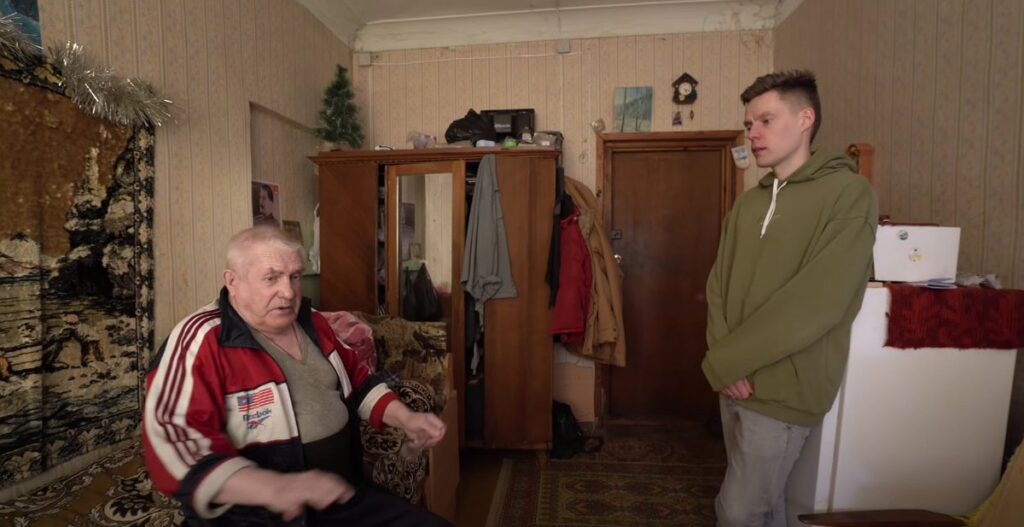 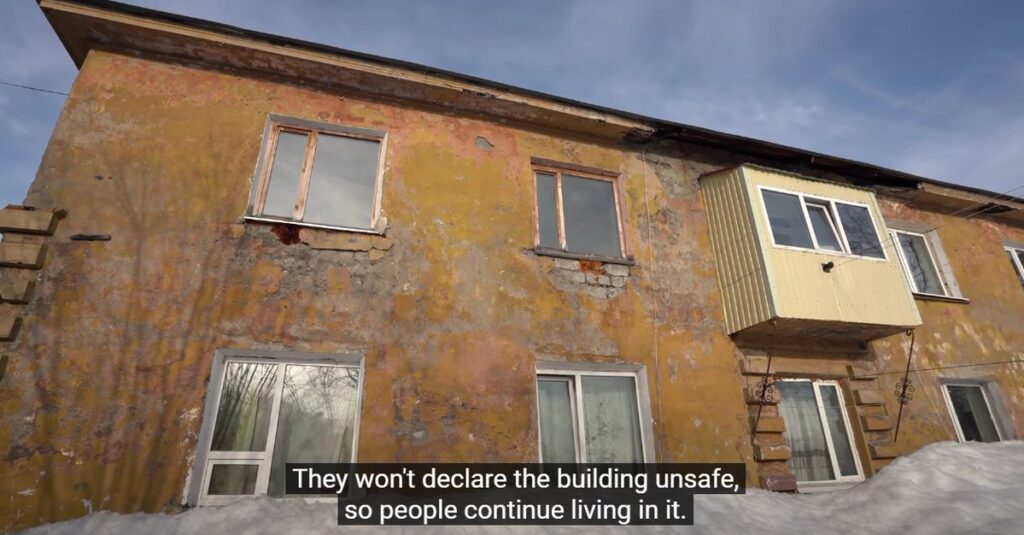 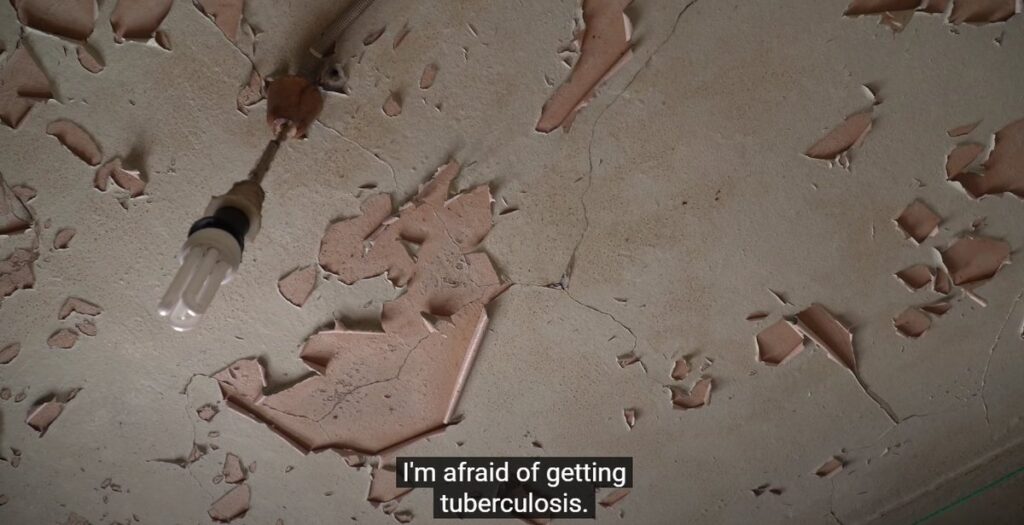 He is pleased about the occupation of Crimea: 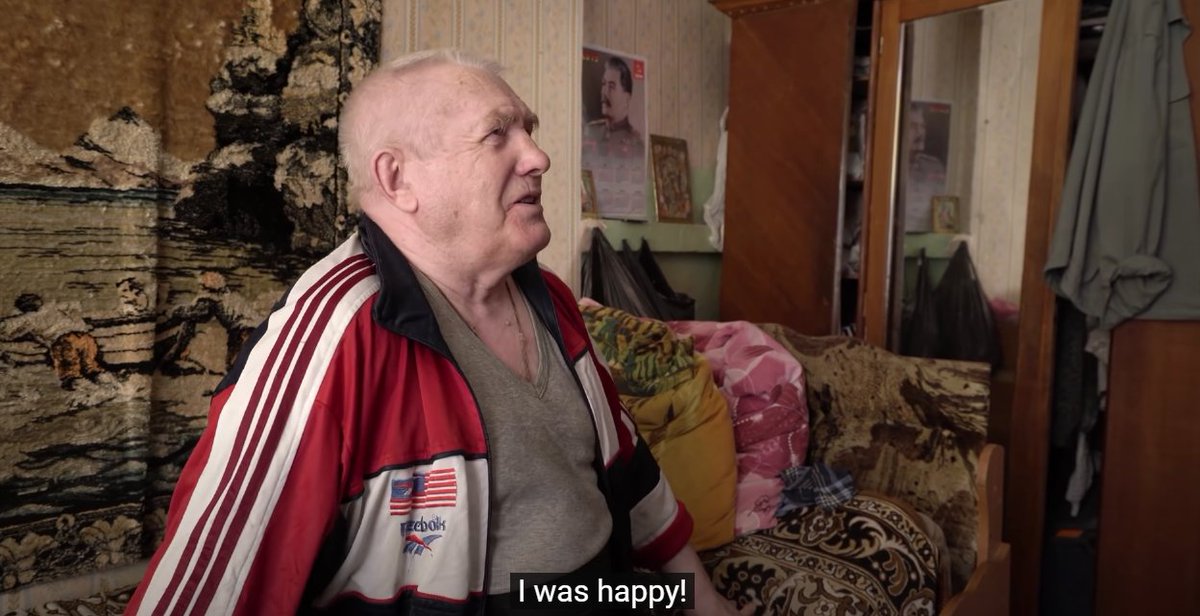 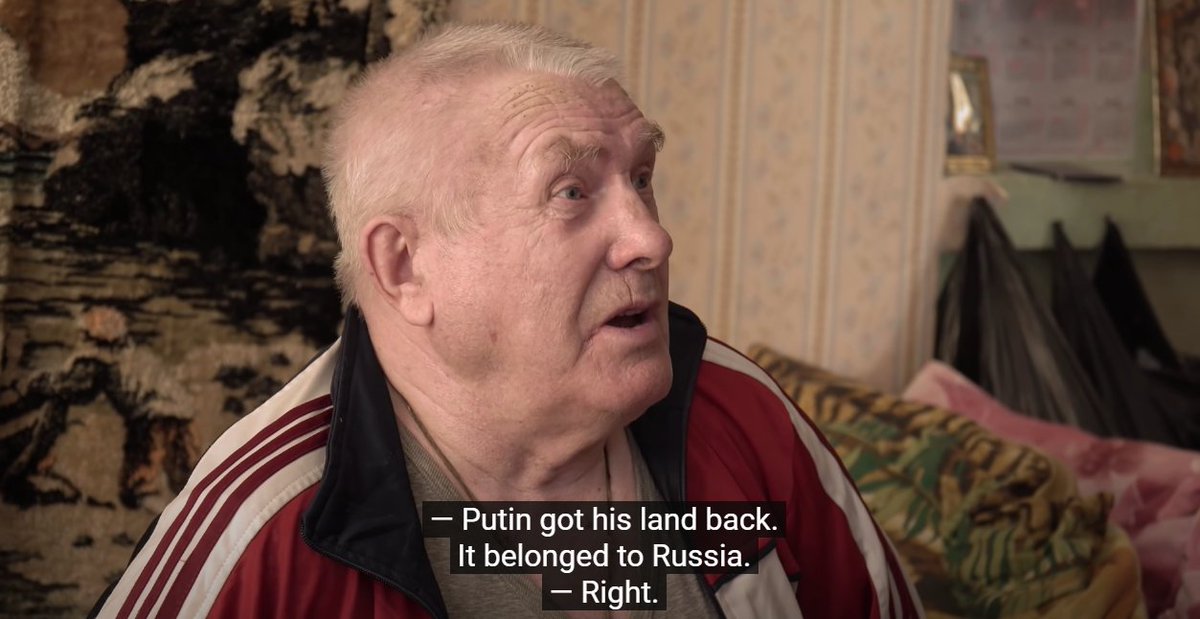 I am not sure whether he has ever been there and he will never go there. It is half the world away: 8000 km in a straight line:

He blames the local government for this lousy life. And that’s the common thing in Russia. People blame some politicians but rarely see Putin responsible for their problems. P.S. American flag on his jacket and the Stalin picture in the background makes the whole thing even more creepy.

Here is another example, have a look at this weird stream of Girkin where he invites different people. The other guy’s surname is Alksnis, a former colonel and politician. 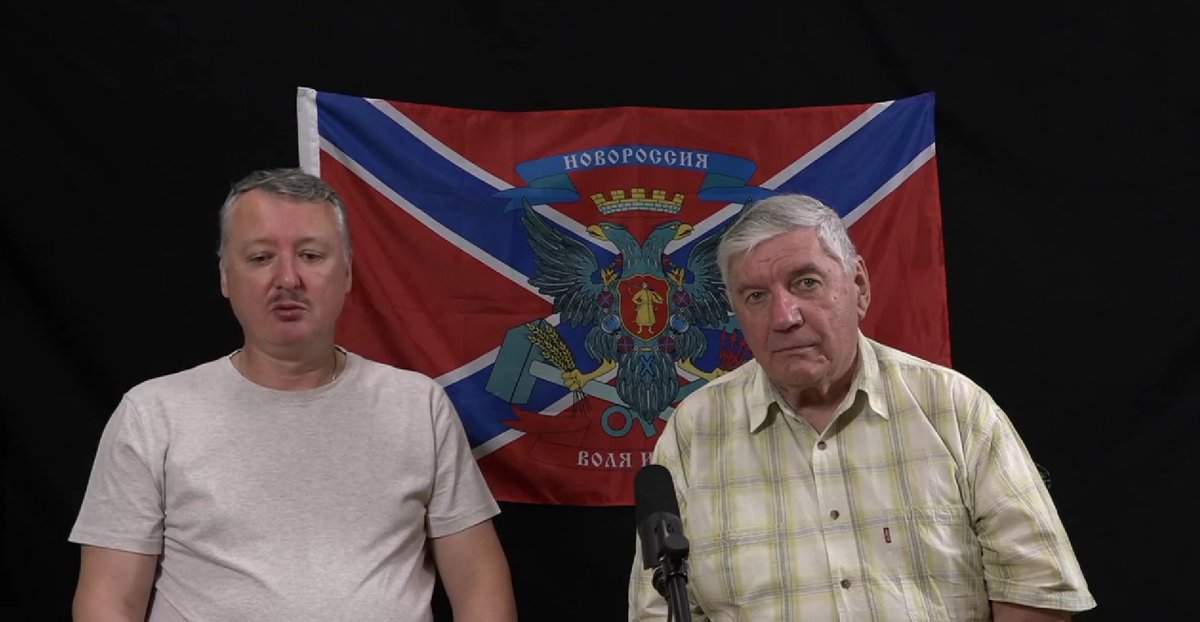 He says, “who dared to tell our president that we have modern 2000 UСAVs?” He referred to a press conference from 2021 where Putin said that. So in 2022, it turned out these numbers were false.

Probably he does see it impossible for a president to spread false information. And even if he does – someone else is guilty, but not Putin.
By the way, Girkin never said a bad word about Putin. Some are wondering why he is allowed to say that much. I believe that’s the main reason.
Different groups do not believe that President can be guilty of anything.

While writing this thread, I accidentally found this publication from Kamil, which confirms my point. The level of obedience in Russia is unimaginable for Westerners. 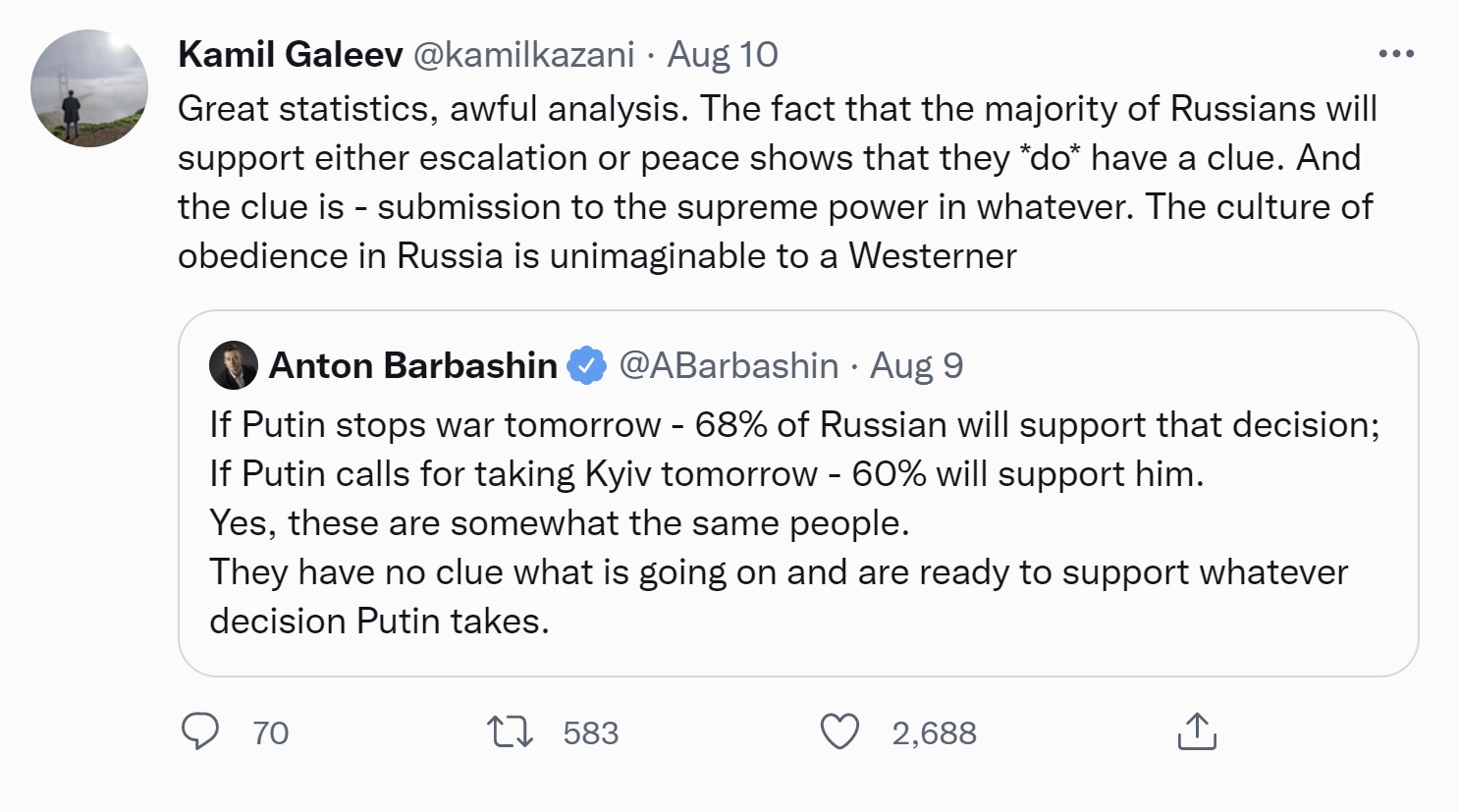 Having observed many Russians, I think the big difference between democratic systems and Russia is that Russians feel like they owe something to their President and not the other way around. Not the President is working for people, but people work for the President. Of course, not people question presidents’ decisions, but presidents question people. It is a system similar to 1984 or any other anti-utopian book. That’s how bad things are. So Putin managed to build a system where many see him as a holy person with a sacred mission. At this point, we can also relate to emperors, who often compared themselves to Gods and holy things. Btw, recently Putin compared himself with Peter I. 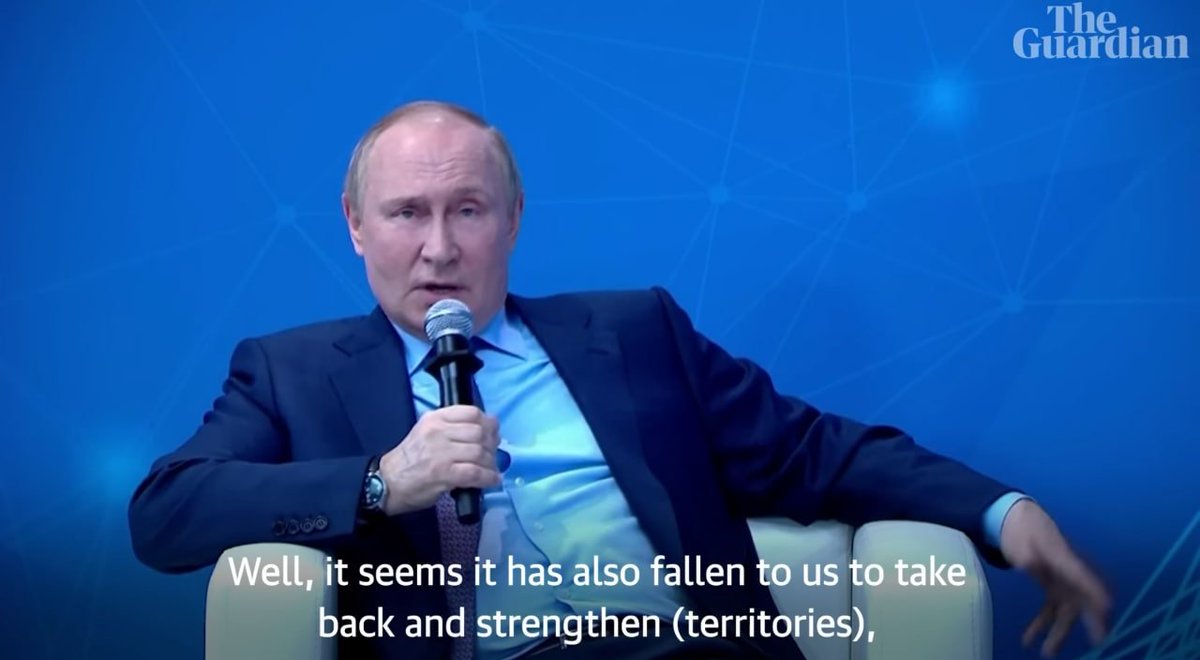 Germans have suffered from dictatorship for some 14 years, whereby Russians have suffered from it for centuries. There have been weakenings, but these were brief. And this enormous obedience might also explain a large amount of dictatorship in post-Soviet space. I might do another thread about authoritarianism in the area and the reasons for that. Sadly since the war started, I have still met people that say, “Well, both sides are bad,” “The USA bombed Iraq,” “America wants to start WWIII,” etc. They don’t understand what Russia is.

Generally, it is hard to predict future developments, but we know that one day, dictatorships collapse.