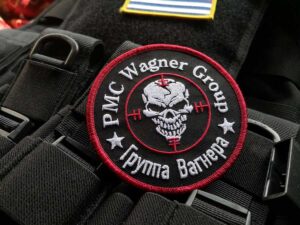 They accuse Russian artillery and aviation of inaction in this direction which leads to Ukrainians continuing their advance and resulted in capture of Vysokopolye earlier today. The Ukrainian tactic mainly focuses on pinching the Russian positions from two sides and either destroying or pushing them out.

In reality, there are from 5,000 to 6,000 enemy soldiers along the front line of the Mykolaiv-Kryvyi Rih direction (without villages). They advanced through Ingulets with a total number of up to two BTGs. The special forces soldiers, who knowingly revealed the enemy’s plans for preparing for offensive operations, started requesting artillery support, but the artillery in the form of the “two hundred drunk” [200th] simply remained silent for several hours. Aviation, you say?! You can forget about aviation in this direction, even non-spontaneous tricks with pitching and firing can be seen here a little more often than observing a full moon. As a result, as written by a colleague from the “Special Purpose Channel”, after trying to contain the offensive, the soldiers of the VDV Forces and Special Forces had nothing left but to retreat to the prepared defence lines in order to maintain the combat effectiveness of the units. But again, as my colleague said earlier, not all of them came out. And these fallen warriors deserve eternal glory!

As a result, all the work of the fighters, to whom I have immense respect, is happening not thanks to, but in spite of. So, for example, in the north-east of the Mykolaiv-Kryvyi Rih direction, in the area of settlements of Olgino and Potemkino, a successful attempt was made to tactically encircle a company of paratroopers in Vysokopolye. For two days they tried to unblock them, including by the forces of the 126th (great guys). As a result, they managed to break through the road to the withdrawal of the VDV force and they retreated to the south-west, while the Armed Forces of Ukraine occupied Vysokopolye (there is photo and video confirmation).

When I myself was in the area of ​​the above villages, through meeting with the fighters of the VDV I learned that the very neighbouring Potemkino, from where the AFU were advancing, had previously been taken by similar tactics, when the Territorial Defence forces first advanced, exhausting and devastating the paratroopers’ ammunition, and then went to assault with the forces of the volunteer battalion consisting of Belarusians. According to the participant, the enemy participating in the final assault was about 70 people. Not 700, as you can see. As for this section, I believe that the Armed Forces of Ukraine will attempt to capture Novovoznesensky.

GREY ZONE then say that while the activity on the river near Kakhovka HPP certainly takes place, there was no amphibious assault which Russian propaganda channels have been screaming about in the past days.

As for the Kakhovka reservoir: there was no [Ukrainian] landing near Energodar. Neither by sea nor by air. Although this is already understood by many. But in defence of our side’s version of the enemy’s activity at the Kakhovka reservoir and a wide part of the mouth of the Dnieper River, I can say that there really is uncontrolled movement by water from one side to the other. This is done by both hucksters who transport people back and forth from one controlled territory to another, and smugglers. But there have also been cases of Ukrainian sabotage groups penetrating to the side controlled by us, the forcing [of the river] usually takes place at night to an unequipped shore using an IR lantern by the receiving side.

Returning to the breakthrough, namely the Ingulets River, where the Armed Forces of Ukraine made a desperate attempt to break through the Russian defences, but at the risk of being cut off and surrounded themselves, they nevertheless managed to gain a foothold in a number of settlements and are currently waiting for the forces to approach through Ingulets.

GREY ZONE also recap on recent destruction of various anti-air systems including Pantsir-S1 and S-300, and briefly assesses losses from both sides, though the number they provide is quite hard to believe.

In terms of losses, I can say that the enemy lost ~ 600 people, about 25 tanks, and about two dozen armoured vehicles during these days. In aviation, the enemy suffered losses of one Su-25 and Mi-8 unit each.

I will not name our losses, but according to the tradition of wars, you can divide by 5 and in general you will not be mistaken. Separately, it is only worth noting that the Armed Forces of Ukraine, with the repeated use of the HIMARS MLRS, nevertheless disabled the bridge of the Kakhovskaya HPP (there is photo and video confirmation). Also, whether the sabotage group, or Bayraktar, of which there are at least two units currently operating now in the Kherson region, the Pantsir-S1 air defence system was destroyed (there is photo and video confirmation). Enemy UAVs take off from the Kryvyi Rih district of the Dnipropetrovsk region. Also, presumably, the HARM missile launched from the Ukrainian MiG-29 destroyed an S-300 system.

In general, the situation is not critical, our fighters are giving a good fights, it’s just not all the same colourful and easy, as propaganda draws. And once again, respect to all those who perform these combat missions not thanks to, but in spite of everything!